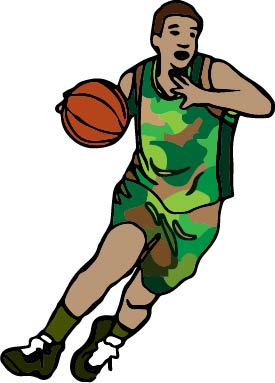 As of Tuesday, the Department of Natural Resources has announced the addition of open basketball season. They want to restrict the population growth, as it has been a “pressing concern in recent years” according to DNR chairman, Mike Jordan.

“It was a simple choice really.” He stated that “the population has boomed. 300 million assumed to be bought by American people alone. If we aren’t safe, they could become the dominant species.”

We also had the opportunity to interview chief doomsday scientist, Dr. Namyzarc.

“The basketball population is booming,” he told us, “approximately 200,000 basketballs are added to the population each year. Considering the ball was invented in 1891, it has been around for 127 years. That currently makes 25,400,000 basketballs on the planet.” he continued. “About 100 sextillion basketballs fit inside the area of earth. By these calculations that leaves just 500,000,000,000,000,000 years until the earth is filled. A rather pressing concern.”

DNR has allowed hunters a special permit allowing them to bag as many basketballs as they like. Additionally, they have now declared urban areas as free fire zones. Allowed weapons include rifles, shotguns and bows.

Hunters and basketball players alike have questioned the chairman’s decision, but he stands by it.

“I don’t quite understand it.” Rootin T. Shootin said “But I’m always down to blast.”

“We need all hands-on deck.” the chairman added. “So, get out there and bag some balls.”