The Birds do, in fact, work for the Bourgeoisie 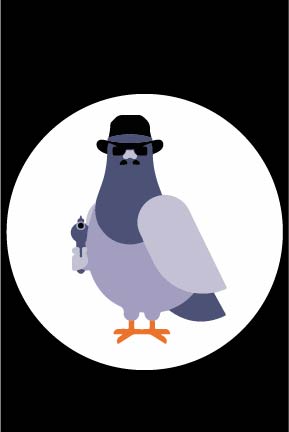 About a month ago, the U.S. began using carrier pigeons to send and receive snail mail during this time of crisis. For a few weeks, the birds were beginning to prove themselves more productive than the U.S. Postal Service, getting mail from North Dakota all the way to Florida in just a day. However, scientists began to suspect fowl play, saying that a real bird could never fly so far so fast.
“It’s just plain impossible, especially for the pigeons. New York pigeons have reportedly flown all the way to Las Vegas in the span of three hours: they are way too out of shape to handle that. You don’t go from eating bread crumbs all day to flying a marathon now, do you?” bird expert Sandra Songbird said.
In the last few days, what started months ago as a funny conspiracy theory for the youth of America was proven to be true: the birds are, in fact, working for the bourgeoisie.
“They’re not working for just any bourgeoise either…they’re working for the Russian bourgeoisie,” comrade Connie Crawford said.
This was first uncovered when the president’s lewd self-portrait was intercepted by the Russian government and leaked on Facebook. The official Trumpp fanclub, Darlings for Donald, went absolutely wild for the painting and made it viral before discovering that it was not meant for their eyes.
“It was the birds; the birds did it. They are jealous of my feathery hair. My hair is the featheriest hair. Every bird wants my hair,” the president said.
Turns out the president was partly right, though the birds had no mal intent of their own; they were not real birds. Rather, the Russian bourgeoisie collaborated with American gazillionaires such as Jeff Bezzzos, Baby Mr. Peanut and Miss Piggy to create mechanical birds to spy on the American people.
“I knew something was up when I mentioned anarchy over the phone and the pigeons started screaming, ‘shut up dirty, blue-haired libral’,” Barbz for Bernie member Emma Chambers said.
Currently, the U.S. government is doing nothing about this development. They have only suggested sending private messages via telecommunication and investing in those 5G-blocking necklaces for some reason.