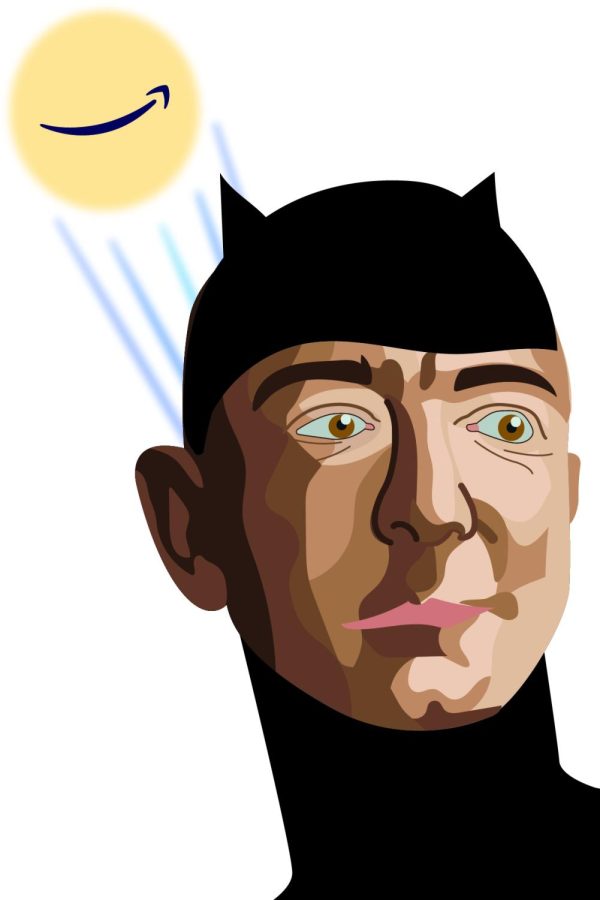 In a shocking new development, Jeff Bezos has been slated to play the new Batman in a 2024 film titled “Batman: Work hard, Have Fun, Make History,” which seeks to dominate over Robert Pattinson’s 2022 Batman feature.

The film studio Warbler Broths, announced in a trailer that Bezos would be inheriting the cowl after Robert Pattinson did not “prove to have enough money to accurately play a playboy billionaire” during the production of the 2022 film.

Bezos’s interpretation of Batman deviates from the generalized template of the masked vigilante.

Chiefly, the 2024 interpretation of Batman does not experience a deeply traumatizing incident in his childhood.

Instead, Bezos’s version will cause these incidents to poorly treated employees in domestic and foreign shipping facilities as well as manufacturing facilities in countries with exploitable labor protection.

Additionally, Batman is normally culturally accepted to be a skillful detective with impeccable deduction skills paired with unbeatable technological advancements.

Rather, Bezos’s adaptation will not use any of these conventions. The 2024 Batman will be using technology developed by unpaid interns and research and development departments who are facing bankruptcy.

Instead of contributing to police work with his detective skills, Bezos’ Batman avoids income tax by basing corporate headquarters in Ireland.

This new version of the beloved, cold and detached Dark Knight produced an immediate backlash from the DC Comics fanbase.

“I can’t believe they would portray a billionaire as someone who exploits the lesser-off for profit,” complained comic fan and economist Rich R. Thanyou. “Comic books are supposed to be fictional, not truthful.”

Others have claimed the Bezos Batman to be slanderous of the Batman name.

“Bezos’s Batman will be something different; He is not vengeance; he is not justice; he is not the night. He’s just a rich dude wearing expensive clothes. Which is, like, totally not Batman,” argued Truss Mee.

Some positive feedback has arisen from online forums and social media campaigns. Multiple users are praising the new Bezos Batman.

“I love Bezos. He is a good, good man and he is a great actor!” exclaimed Reddit user notabot2900. Reddit user bezosfan1234 defended that Bezos “Hit the mark on the hammer nail head #algorithm.”

Bezos utilized the publicity through his hobbyist rocket, which launched to promote his Batman film. The public did not pay particular attention to his advertising ploys and instead focused on the three-dimensional geometric construction on his rockets.