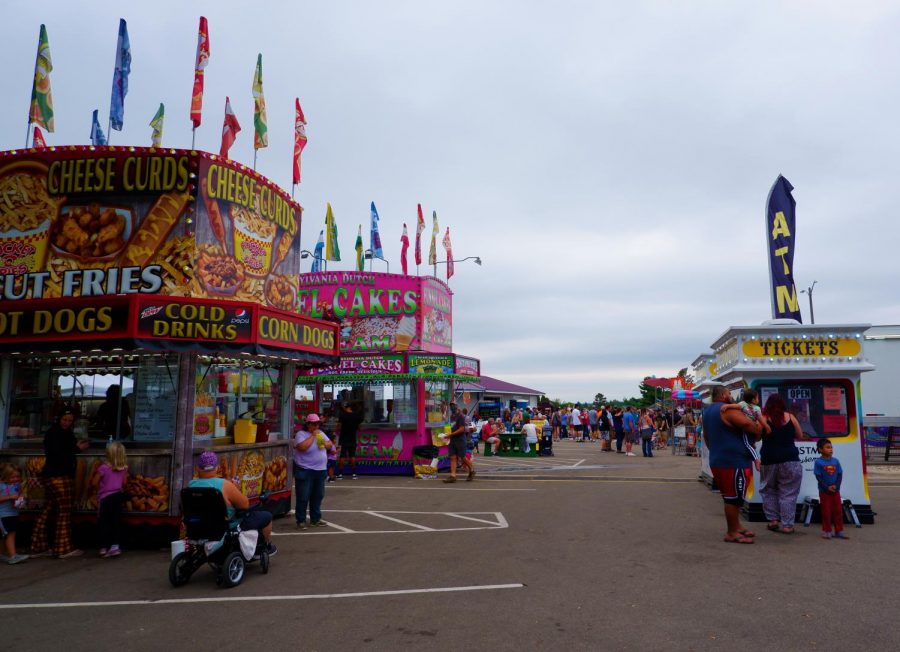 Neighboring cities and towns — some of which were Belmont, Potosi, Lancaster, and Cuba City — were invited to join in on the fun and encouraged to put forth a candidate to compete for the title of Dairy Days Queen with contestants from other competing towns.

Additionally, the celebration had stock judging at the college farm, a parade, a bubble gum contest, a program in City Park and an evening street dance. Free lunches were provided, which consisted of cheese sandwiches, coffee and chocolate or whole milk. Decorations lined the downtown area, 65 dairy cattle were on display in City Park and all local storefronts had window displays.

This single day in 1947 was the highest attended event in all of Platteville’s history. Around 15,000 people attended and there were 120 entries in the parade, including bands from nearby towns.

Today, there is now a committee that oversees Platteville Dairy Days Inc., which has become a non-profit organization. The event is now three days long and there are performances, tractor pulls, a car show and a small carnival.

The Exponent had the opportunity to interview some of the attendees, including a member of the Platteville Optimist Club and a goat handler, whose son was showcasing some goats in the first annual goat show. On the topic of the lack of Dairy Days in 2020, Becky Schambow, a seven-year member of the Platteville Optimist Club, lamented the fact that there was a year without revenue from the club’s famous cheese curd stand, from which all profits go towards funding local youth charities and programs, scholarships and various competitions for local schoolchildren.

Schambow then smiled and looked around at the children riding the carnival rides, saying, “It’s awesome that we’re actually here this year, and people are happy to be out. We weren’t here last year, so they’re hungry for our curds!”

Brad Brogley, a goat handler at the goat show, was born and raised here in Platteville. He commented on the morale boost that it gives the town, and that “from the parade, pretty much the whole community comes up to the fairgrounds. It was so busy, but it was great to see that.” He was excited to see so many familiar faces and was shocked at the turnout for the parade. Seeing children running around with prizes from game booths and couples enjoying their cheese curds was “udderly” exciting. Brogley’s final thoughts after the interview were very proud, stating that “some of the communities have a fair, but Platteville has Dairy Days.”