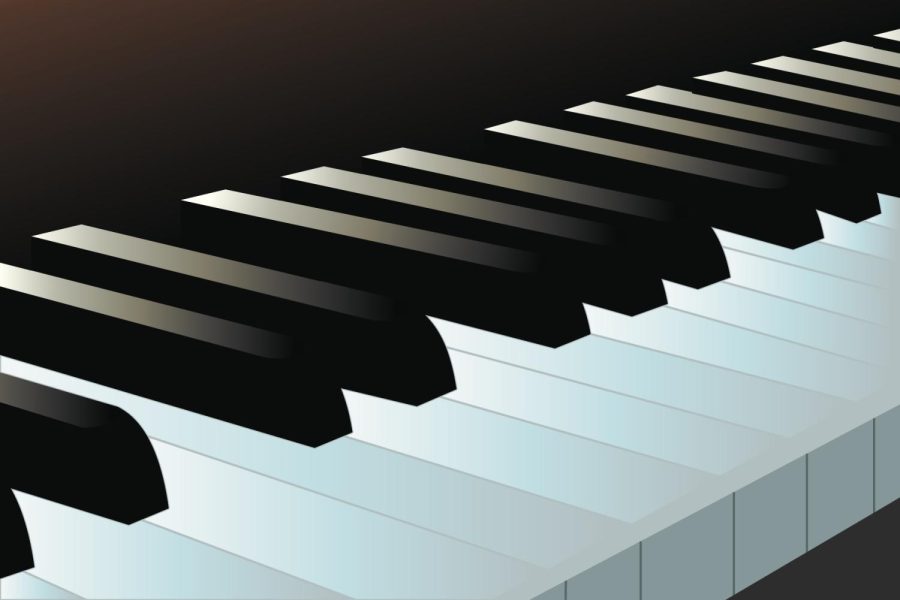 Nathan Greves’ senior vocal recital was performed at the Brodbeck Concert Hall located in the Center for the Arts building on Nov. 13 from 2 p.m. to 3 p.m. Greves’ piano accompanists were Rob Shepherd and Elyse Harvancik. Prompted by Greves’ entrance onstage, the audience greeted the senior choral and general music major with instantaneous applause.

Greves’ attention to detail held the audience in quiet anticipation between character changes. There were 17 songs performed by Greves, eight of them sung in a foreign language. The senior vocal recital was organized into four themes: Moon, Stars, Universe and Me. The vocalist seemed transformed with each theatrical piece and switched characters with ease using unique facial expressions, arm gestures, stage movements and vocal distinctions for each character.

Some of the characters Greves sang as were portrayed as melancholy, hopeless, optimistic against the odds, thoughtful, curious, declarative or romantic. In a rhetorical way, Greves spoke to the audience and asked them questions so convincingly that it would have seemed reasonable for the audience to respond out loud with their answers.

During the theme “Moon,” Greves appeared to feel arpeggios in the pieces with the movement of a hand and sang “Total Eclipse,” a piece about grief; “Clair de Lune,” which is French for moonlight and about unattainable beauty; “Beau soir,” which is French for beautiful evening and about the gift of being alive; and “Ständchen,” which is German for serenade and about “creating memories one will remember forever all under the light of the moon,” Greves wrote in the pamphlet for the program. According to Greves, these songs conveyed a range of emotions the moon evokes.

In the course of the theme “Stars,” Greves sang, “Mein schöner Stern!” which is German for my lovely star and about the untouchable purity of stars; “Pregúntale a las estrellas,” which is Spanish for ask the stars and about unrequited desire; “Nuit d’étoiles,” which is French for starry night and is a melancholy piece; and “There Will Be Stars,” a piece about “how humans are just a small blip when compared to the life of a star,” Greves wrote. It was during this theme that vocal range was showcased elegantly as Greves’ voice swelled well beneath and above the stave.

In the theme titled “Universe,” Greves sang “Deposuit Potentes,” which is about the benevolent wrath of God; “Fruhlingstraum” which is about wishing for what could never be; “February Twilight,” which is about basking in the universe’s beauty; “When I Think Upon the Maidens,” which is about undying love; and “For Forever,” which is about navigating the world to find one’s place in it. Greves wrote, “The universe is a massive, nebulous and powerful concept. We as humans are often confused and awestruck by it.” Greves demonstrated quiet and breathfully drawn out phrasing to contrast the loud staccatos during this part of the performance.

Throughout the final theme titled “Me,” Greves sang “Money-O!” about how wealth can’t create happiness; “Do Not Go My, Love,” about the loss of a loved one; and “I am Aldolpho,” about unabashed confidence. Greves filled the role of Aldolpho in Platteville’s production of Sweeney Todd, which was directed by Dr. Ann Farrelly.

Greves ended “I am Aldolpho” with a tap-like dance which led to throwing both hands into the air. After the performance concluded, Greves gracefully left the stage and returned with both accompanists. They were greeted with a standing ovation by a room of about 30 people. When Greves left the stage again, a few minutes passed and the hallway outside of the theater erupted with applause all over again for the senior vocalist.