CO2 and the rising global temperature. 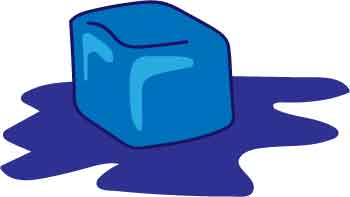 Special speaker Dr. Richard Palmer, the university director for the Northeast Climate Adaptation Science Center and department head of civil and environmental engineering at the University of Massachusetts-Amherst, presented on climate change in the Midwest. His research interests lie with the impacts of climate change on water resources as well as surface water hydrology, climate modeling and scaling, conflict resolution, resource policy and economics and groundwater hydrology. His goal is to determine the impacts of climate change on the hydrology of river systems and the ecological and human services that these systems provide.

For this presentation, Palmer focused on “the unexpected things to be expected”, introducing the question, how can things be unexpected when people have been predicting them?

“Everyone has a right to their opinion, but facts are facts,” Palmer said.

According to Palmer, climate change and the impacts of it cannot be unexpected because part of the definition for the word “unexpected” is literally “unpredicted.” Climate change has been predicted.

Palmer shared a quote from the author Mark Twain, “Climate is what to expect, weather is what you get,” to emphasize the point that just because it’s still snowing doesn’t mean that the climate is not changing. He also shared that Hurricane Irene is an example of some of the extreme events that we are starting to see.

Palmer gave the example of resource managers in the U.S. who are trying to help develop wildlife conservation plans. Resource managers are not used to the idea that climate is changing. Instead of looking back into the past for predictions, they now have to look forward and predict where climate will be in the future.

Palmer would like to see less division among the sciences. He shared that civil engineers might not talk to geographers, which is part of the problem. All of the sciences have to work together in order to tackle the rising change in climate.

Palmer called The Greenhouse Effect a “nice crutch”, but claims that it’s not exactly right. About 50 percent of the sun’s radiation is absorbed by the earth, 20 percent by atmosphere and 30 percent escapes. These greenhouse gases are not nitrogen or oxygen but things like carbon dioxide and methane in small amounts in the atmosphere. The global temperature is about 59 degrees Fahrenheit annually with normal levels of greenhouse gases. Without these gases, it would be about 0 degrees. Greenhouse gases are good when they are at healthy levels because they collect and reflect the warmth of the sun.

The idea that the planet is warming is a relatively new idea, as is the idea that humans impact the levels of carbon dioxide. From 1958 up to now, levels have been growing exponentially.

The Hockey Stick Paper found that CO2 levels had very little fluctuation for a long time, so it is safe to say that it is not normal for it to increase so quickly. It has gone up by almost 100 parts per million in what is equivalent to a blip on the graph of time.

“At first, people didn’t believe us…it didn’t seem possible that anything we were doing could have a global impact,” Palmer said.

Stationarity is dead, the notion that looking to the past is an accurate predictor for the future. This is not true. We are changing the range of things that can occur.

Climate has changed in the past, but the natural variability of climate change can be separated from the human impact. Palmer shared that human impact is causing the climate to change more rapidly than it naturally would.