New career fair condensed to one day at Williams Fieldhouse 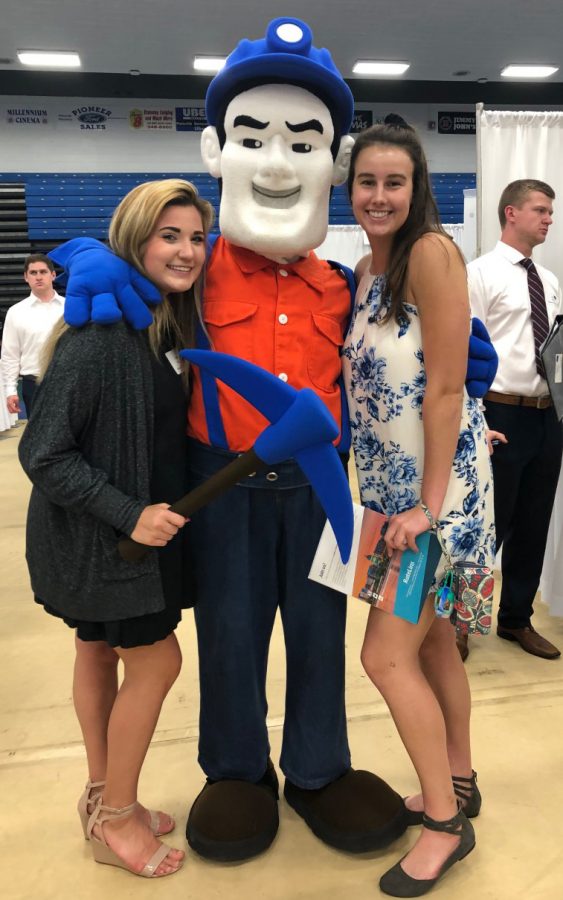 On Monday UW-Platteville hosted its annual Fall Career Fair. Students dressed their best to entice future employers with a shot at future internships and full-time careers.

The biggest changes this year were the location and time. The new location was at the Williams Fieldhouse, and the career fair ran for only one day from 12p.m. to 5p.m. Also for the first time, classes were cancelled.

Chancellor Dennis J. Shields commented that “it looked like a great event. Of course, there were lessons learned. It was extraordinarily well-attended both by employers and students. The employers were pleased that it was a one-day event instead of three days.”

Many students had mixed feelings about the new arrangement.

Sam Peetz, a fourth year Agribusiness and Dairy Science student, said, “It was a great idea to move it to the fieldhouse and have it all in one day, but it was very crowded and warm in several areas of the track. There needs to be a lot better logistics next time.”

Employers on the floor generally had similar opinions as students about the fieldhouse venue.

“It was difficult for everyone to get around because the aisles were so narrow, and all the students were trying to get around to speak with employers,” said employee of Pearl City Elevator Inc., Olivia Kepner.

Some students felt that the Career Fair focused mainly upon certain types of majors.

Navitsky also said she spoke with two officers from Pepin Police Department who told her that few students were talking to them. One officer said, “People are too scared to talk to us because we are in uniform and seem intimidating,” Navitsky recalled.

Katlyn Churchill, a representative from Delta 3 Engineering in Platteville enjoyed the one-day system but noted that the event was intimidating for new and returning students. “I believe some of the students were overwhelmed, but from an employer’s point of view, it was a good idea.”

On previous career days under the three-day system, Churchill had fewer opportunities to meet large groups of students because her company was only there on one of the three days.