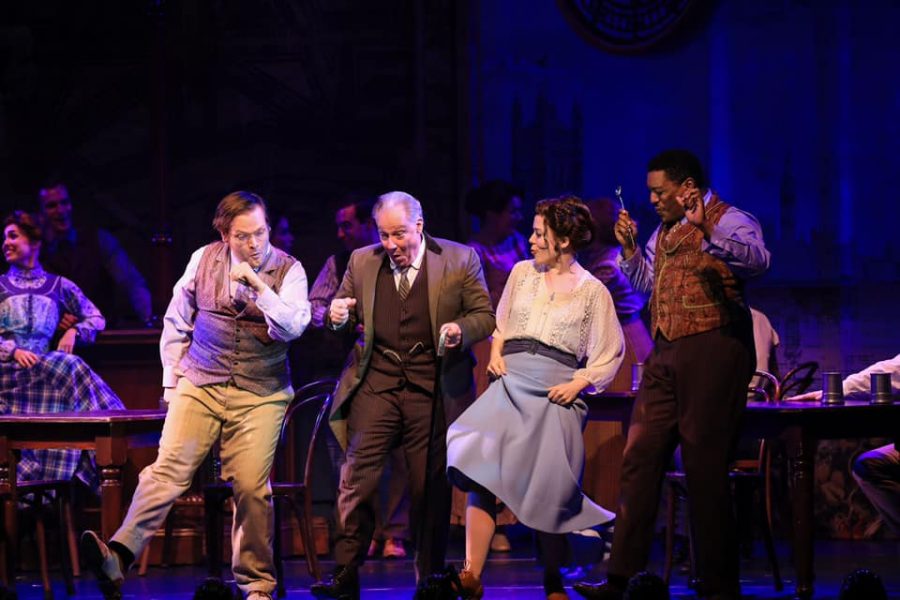 On Tuesday, February 11, a Broadway cast and crew performed the acclaimed musical, Finding Neverland, in the Center for the Arts.
A nearly full house greeted the one-night-only show. The show is the first of many that will arrive in Platteville in the coming months to help “Bring Broadway back to Platteville.”
The winner of Broadway.com’s Audience Choice Award for Best Musical began at 7 p.m. and attracted an audience of young and old. Many families attended with their young ones to watch the story behind the story of their beloved Peter Pan.
The breathtaking musical tells the story of playwright J.M. Barrie and his inspirations for the character of Peter Pan and Neverland. The show was filled with catchy tunes, hilarious jokes and dazzling visual effects that took the audience’s breath away.
Sophomore dairy science major Madi Digman attended the performance. “It was a really great show and I’m glad I went. I’m so happy that they were able to perform here in Platteville.”
While this performance was one night only, several other great shows are set for the coming months in the Center for the Arts here on campus, such as “Maxwell Quartet” on March 16 and “Give ‘Em Hell, Harry!” on April 16.
If you are interested in purchasing tickets or learning more about upcoming shows, visit https://www.uwplatt.edu/events/category/arts-entertainment or go to the Box Office at Ullsvik Hall.