What does the public think? 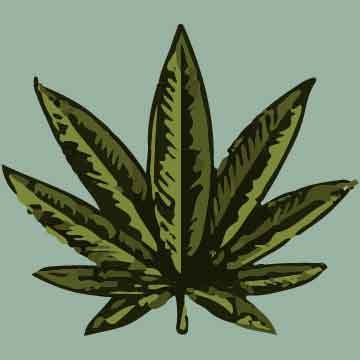 Marijuana in the United States has been a controversial topic since it started to be recreationally used along the East Coast in the 19th century, along with amphetamine, cocaine, and opium. In 2018, Wisconsin governor Tony Evers pushed for all penalties revolving around marijuana possession to be removed. This was denied by the state Joint Finance Committee. Meanwhile, on Nov. 17, 2020, Madison legalized marijuana possession and use within the city limits as long as the individual is 18 or older.

More state senators and state representatives are becoming more active regarding this topic, such as Melissa Sargent, a state representative from Madison, who has begun working toward legalization in the state of Wisconsin. It’s appearing as though cannabis may be legalized at some point in the near future. As this topic is becoming more widely discussed, a lot of questions are being raised, the most important being, “How will this affect us?”

Since other states have already legalized cannabis, there is a good reference point to answer this question. Jason R. Kilmer, a professor in psychiatry and behavioral sciences at the University of Washington, researched Colorado colleges as an example. In Colorado, it is legal to possess recreational marijuana if you are 21 or over.

Kilmer wrote in an article published by Higher Education Today, “Peer-reviewed, published research has compellingly demonstrated that the more students that report using marijuana, the more they skip classes, have lower GPAs, have enrollment gaps, and do not graduate on time.”

In the article, Kilmer refers to a study where 1,145 college students were interviewed annually and the percentage of students who graduated on time while using one illicit drug was 39%, while the percentage for those who used two or more was 22%.

Another study by the National Study of Medicine found that regular marijuana users were five times more likely to develop depression and anxiety when also using another substance.

A study from Grand View Research also shows that on average, in states where marijuana is legal, the excessive drinking rate is 11% lower. Kilmer also referred back to the article and wrote, “The same article warns that those with a predisposition for or first-degree family history of psychosis or substance use disorders should refrain from cannabis use. Research [conducted by The New England Journal of Medicine] has linked cannabis use to schizophrenia, as well as to increased risk of depression and anxiety.”

Researchers from Oregon State University, where marijuana was legalized for 21-year-olds in 2018, looked at 135 colleges with legalization laws, 454 colleges where the use was illegal, and the impact on 850,000 students. The results were expressed in the article “College students use more marijuana in states where it’s legal, but they binge drink less” on Science Daily, by Molly Rosbach, a journalist at Oregon State, who reported the results, “Six years after legalization in early-adopting states, students were 46% more likely to have used marijuana than their peers in non-legalized states.” This survey also found that binge-drinking experienced a big drop after marijuana was legalized.

But what does the student body think? On Nov. 30, 56 students from UW-Platteville completed an online survey on their thoughts on marijuana legalization. The students were asked if they consumed it (55.4% said never, 25% said yes, and 19.6% had once or a few times) and then if they would if it were legal (of students who didn’t consume it, 13.2% said they would and 20% said maybe). Were legalization to take place, it’s not a hard conclusion to draw that more people would be consuming marijuana.

One student said, “I do not see anything wrong with it… As long as it doesn’t affect your family life and how you treat others, go ahead and do it.” Another said, “It’s pretty fun for recreational purposes and has plenty of medical possibilities, but I think it should be taken in moderation. I’ve seen it abused/overused. Should treat it like alcohol if it isn’t used medically.”
When asked if they thought it would affect the student body at all, 9 out of the 56 students (16.1%) said no, while the rest said yes (57.1%) or maybe (26.8%).

When asked how legalization would affect campus life, students said things like: “No one would take things seriously,” “I feel like there would be much more smoking and even people high during class” and “students would be less successful and we would have a higher dropout rate.” Others viewed it in a much more positive light, “I have chronic pain and it’s hard to get rid of. But when I smoke, it makes the pain go away and I can finally relax,” “It might help those who need it with anxiety,” “In a positive way by relieving stress,” and “It’s a good substitute to prescription painkillers such as oxycodone and Vicodin.”

At the end of the day, the student body doesn’t get to choose. However, as one student said, “If people want to smoke weed, they will. The law doesn’t change anything.”