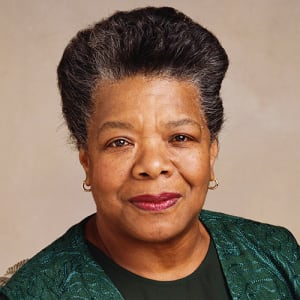 Hank Aaron Civil Rights Advocate, Philanthropist, Hall of Fame Athlete
Henry Louis “Hammerin’ Hank” Aaron was born in Mobile, AL in 1934. He was inspired by Jackie Robinson and began his professional baseball career in 1952, playing for the Indianapolis “Negro League.” Two years later he signed with the Milwaukee Brewers. He won numerous awards for his performance in the sport, and he was one of the first Black people to enter upper-level management in Major League Baseball. “Aaron was a member of the National Association for the Advancement of Colored People (NAACP) Presidential Circle and contributed greatly to the organization, especially its youth-focused work” (Black Lives Matter). Muhammad Ali said that Aaron was “the only man I idolize more than myself.” According to Black Lives Matter, “Aaron was awarded the Presidential Medal of Freedom for his philanthropy and humanitarian endeavors in 2002. The NAACP Legal Defense Fund honored him with the Thurgood Marshall Lifetime Achievement Award in 2005.”

Maya Angelou Poet, Activist
Maya Angelou was born Marguerite Johnson in St. Louis, MS in 1928 (poets.org). According to Impact, “Maya Angelou suffered several tragedies in her life, using poetry as a therapeutic mechanism.” “In 1959, at the request of Dr. Martin Luther King Jr., Angelou became the northern coordinator for the Southern Christian Leadership Conference. From 1961 to 1962 she was associate editor of The Arab Observer in Cairo, Egypt, the only English-language newsweekly in the Middle East, and from 1964 to 1966 she was feature editor of the African Review in Accra, Ghana. She returned to the United States in 1974 and was appointed by Gerald Ford to the Bicentennial Commission and later by Jimmy Carter to the Commission for International Woman of the Year” (poets.org). Over the course of her life, she earned three Grammys, the Presidential Medal of Freedom and several honorary degrees (The Undefeated). “The first black woman director in Hollywood, Angelou wrote, produced, directed, and starred in productions for stage, film, and television. In 1971, she wrote the original screenplay and musical score for the film “Georgia, Georgia” and was both author and executive producer of a five-part television miniseries, ‘Three Way Choice’” (poets.org). Throughout her life, Angelou worked closely alongside revolutionaries such as Martin Luther King Jr. and Malcolm X (The Undefeated).

Mrs. Fannie Lou Hamer Community Organizer, Voting Rights Activist, Co-Founder of the Mississippi Freedom Democratic Party
Mrs. Fannie Lou Hamer was born in Montgomery County, MS in 1917. She was the twentieth child of cotton sharecroppers (Black Lives Matter). According to Black Lives Matter, she was “a courageous civil rights leader, social activist and community organizer committed to her faith and her community” who “understood the specific racialized gender violence faced by Black women in the South all too well. In 1961, she was sterilized without her consent after going to the hospital for a minor procedure to remove a tumor.” According to Black Lives Matter, Mrs. Hamer attended a Student Non-Violent Coordinating Committee meeting on voter registration in 1962. She pledged to go to the courthouse and try to vote. She eventually passed the voter registration test in 1963, “despite experiencing voter suppression and retaliation from the plantation owner she and her husband worked for.” During “[t]hat same year, Mrs. Hamer was arrested on her way home from a workshop in South Carolina and brutally attacked by the police while in jail” (Black Lives Matter). This attack left her with lifelong injuries. According to Black Lives Matter, Mrs. Hamer was elected vice-chair of the Mississippi Freedom Democratic Party’s 68 member delegation and ran for Congress in 1964. Though President Johnson attempted to suppress her, Hamer’s testimony at the 1964 Democratic National Convention “aired repeatedly on television, becoming one of the most memorable speeches of the Civil Rights Movement” (Black lives Matter).

Shirley Chisholm Politician
“Shirley Chisholm was born Shirley Anita St. Hill in 1924 in a predominantly Black neighborhood in Brooklyn, New York. She spent part of her childhood in Barbados with her grandmother. After graduating from Brooklyn College in 1946, she began her career as a teacher and went on to earn a master’s degree in elementary education from Columbia University” (biography.com). Chisholm was the first Black woman elected to the U.S. Congress. She was elected to Congress in 1968, and, four years later, “she became the first major-party Black candidate to make a bid for the U.S. presidency” (biography.com). She was also the first Black candidate to run for the Democratic Party’s presidential nomination (The Undefeated). Throughout her career, Chisholm served as “a political pioneer, focusing on uplifting Black women” (The Undefeated). Chisholm was a co-founder of Unity Democratic Club in Brooklyn and one of the early members of the National Organization for Women (NOW). She was active in the NAACP and inducted into the National Women’s Hall of Fame in 1993 (biography.com).

Langston Hughes, Harlem Renaissance Writer and Poet
Langston Hughes was born in Joplin, MS in 1902 (Black Lives Matter). “He completed his undergraduate studies at the historically Black Lincoln University, but not before publishing his first book of poetry, ‘The Weary Blues,’ in 1926” (Black Lives Matter). According to Black Lives Matter, “Hughes is best known for capturing the everydayness of Black life across the decades of his life. Hughes may be most known for his 1951 book-length poem, ‘Montage of a Dream Deferred,’ which was deeply influenced by jazz music of the era.”

Zora Neale Hurston Novelist, Writer
Zora Neale Hurston was born in Notasulga, AL in 1891 (womenshistory.org). “Hurston was a proudly ‘outrageous woman,’ authoring acclaimed titles like Their Eyes Were Watching God” (Impact). According to womenshistory.org, “Throughout her life, Hurston dedicated herself to promoting and studying Black culture. She traveled to both Haiti and Jamaica to study the religions of the African diaspora. Her findings were also included in several newspapers throughout the United States.” Hurston founded The Hilltop, Howard University’s student-run newspaper, and co-founded Fire!! Magazine, a significant Harlem Renaissance endeavor (The Undefeated). “Hurston developed a unique and profound literary style, serving as a bold inspiration to many Black Southern artists and writers” (The Undefeated).

Katherin Johnson Mathematician, Physicist
Katherin Johnson was born in White Sulphur Springs, WV in 1918. (nasa.gov). Johnson was one of three Black students to integrate into West Virginia’s graduate schools (nasa.gov). “Johnson is the genius who helped NASA send a person around the earth three times. She also helped launch the first use of digital computers at NASA and helped calculate the Apollo 11 flight to the moon” (The Undefeated). “She was awarded the Presidential Medal of Freedom and paved the way for Black women in STEM” (The Undefeated).

Gordon Parks Filmmaker, Photographer
Gordon Roger Alexander Buchanan Parks was born in 1912 in Fort Scott, KS (biography.com). According to biography.com, “Parks attended a segregated elementary school and was not allowed to participate in activities at his high school because of his race.” Parks purchased his first camera at the age of 25 after becoming inspired by pictures of migrant workers (biography.com). “Parks successfully used photography to express his opinions on racism and poverty. His ground-breaking work for Vogue and Life magazines artfully exhibited the Black experience in America at the brink of the Civil Rights Movement in the 1950s. He was also the first African-American director of major motion pictures; his movie ‘Shaft’ expanded the dimensionality and identity of Black people in film” (The Undefeated).