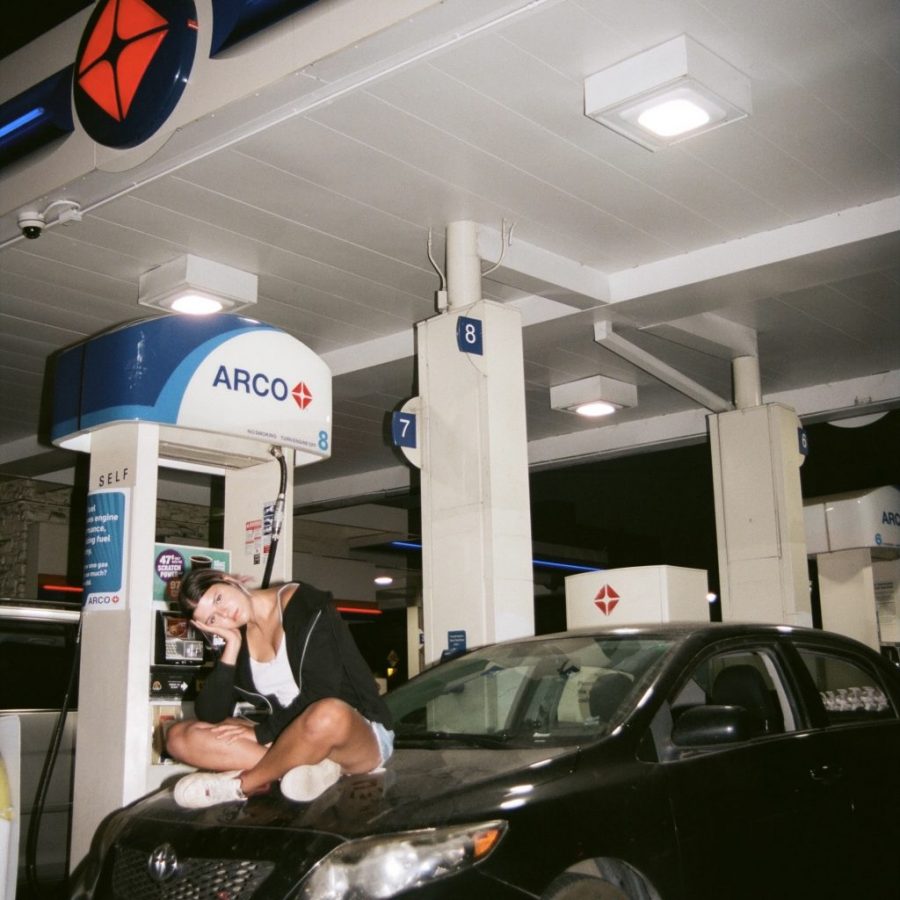 Eliza McLamb is a 20-year-old singer/songwriter, podcaster and creative from Carrboro, North Carolina. After attending George Washington University for a few semesters, she decided to take a gap year when the pandemic started. However, she mentioned on “Binchtopia,” the podcast she shares with her friend and roommate, Julia Hava, that she’s not planning to return to college anytime soon now that she has built herself a strong platform on most social media and streaming apps. Currently, McLamb has 80,064 monthly listeners and 20,464 followers on Spotify.
I first came across McLamb on TikTok where she posts covers, original songs and social commentary for her 313,000 followers. Her videos have garnered over 12 million likes on the platform.
McLamb shares her music on most major streaming platforms, though she shares most of her more personal projects on SoundCloud. McLamb released her first EP, “Memos,” to all platforms in December of 2020.
Most of McLamb’s songs feature her soft vocals over piano or guitar-based instrumentals. Her angelic voice contrasts with the artistic bluntness and fine detail of her lyrics, striking to the heart of nostalgic and traumatic memories that many young Gen Z women share. Her ability to incorporate details specific to her life into her lyrics without making the listener feel removed from the experience is essential to her craft. Her music makes a good number of 2010 teen girls feel seen as she explores her own existential questions.
One of the first songs that went viral for McLamb, “P*rn Star T*ts,” actually strays from her usual musical style, though the topics of the single are pretty universal throughout the rest of her work. It is one of my favorite songs from “Memos” and probably her most well-known piece.
In “P*rn Star T*ts,” McLamb talk-sings to the tune of a guitar and chiming melody, sharing a history of her experiences being objectified as a young girl. The song starts with the line, “When I was ten years old, a man on the internet / told me I had p*rn start t*ts. / I didn’t know what that meant, / but I knew he was getting off on it.”
Throughout this song she explores how the tech and social media explosion of the early 2000s contributed to the objectification of young girls and her own experience trying to navigate this world that told her she was asking to be objectified. The song is a narrative that follows the struggle of a girl trying to determine her identity outside of the male gaze, a narrative that many young girls experienced with the dawning of social media platforms such as Facebook and Instagram.
Hava and McLamb have spoken extensively on “Binchtopia” about the “I’m not like other girls” phenomenon. This phenomenon is a tool of the patriarchy, pitting women and girls against each other in order to seem most “chill” and acceptable to the men in their lives. Throughout the song, McLamb tracks her trajectory from an innocent child to an object of desire who was “not like other girls,” the whole time pointing out the hypocrisy and harmfulness of this trajectory through her painfully blunt lyrics.
Near the end of the song, McLamb asks, “I mean, didn’t I ask for it (sex, objectification) a little bit? / In some strange way I kind of like it, / that voice in my head telling me / ‘Good girl, it’s working, isn’t it?’/ Isn’t it?” This is such a good example of what McLamb is trying to flush out through her music, as it lays bare one of the biggest questions that McLamb and many other women have been confronted with at some point in their lives: is this my fault? She so eloquently demonstrates how the question of fault is almost always placed upon women, specifically young girls, who have been groomed from childhood to accept responsibility for the way men see them on a daily basis.
McLamb and Hava started the “Binchtopia” podcast in the December of 2020. They release bonus episodes and monthly newsletters on Patreon, including book and documentary recommendations.
McLamb and Hava describe their podcast as: “If Plato and Aristotle had internet addictions and knew what ‘gaslighting’ was.” I couldn’t agree more and highly recommend giving it a listen.
Hava and McLamb have a great repartee, and the listener always feels like a member of the conversation. Plus, they employ internet slang and stereotypical Cali-girl tones to discuss feminism, politics and mental health, making their dialogue more down-to-earth and accessible for their audience.
Plus, it’s just fun to listen to their stories and rants and to know that debate-bro and male humanities contrarians would be absolutely unable to handle the environment they create for their listeners.
In addition to the podcast, I also recommend listening to Memos. You can also check out the music video for McLamb’s song, “Pontiac,” on YouTube.