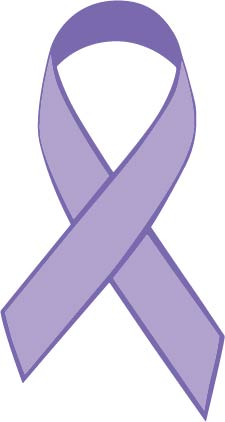 Sexual assault awareness and wearing denim might not seem to go hand in hand as much as more familiar concepts, like wearing shorts when it’s hot out. Sexual assault is when an individual is having sexual contact or behavior without the consent of the recipient. Sexual assault can happen to any individual, be they male, female or nonbinary, and done by various people as well. But what does sexual assault awareness have to do with wearing denim?
In 1998, the Italian Supreme Court overturned a rape conviction because the teenage girl involved wore tight jeans. The judge said that the girl must have wanted to do something because she would have needed to help the rapist remove the jeans rather than him forcing the jeans off. It was wrong for the judge to rule in such a way just because of how tight her pants were with the excuse that they would have needed to be taken off by her. Denim Day is now celebrated on April 24, during Sexual Assault Awareness Month.
According to the CDC, one in three women and one in four men have experienced sexual violence involving physical contact in their lifetime. Many individuals do not report because of how often people blame the victims for the actions of those who assaulted them. Some of the things that people should not say to victims, but often do, include “How much did you have to drink?,” “Weren’t you two doing things beforehand?,” “What were you wearing?,” “Wow did it happen?” and “You’re a guy; you can’t be assaulted like that.” These statements make people avoid coming forward and can make the victim blame themselves because of something others think they want. Instead, some statements that should be said are “I believe you”, “It’s not your fault,” “I’m sorry this happened” and “You are not alone.” These statements are more open and can allow the victim to be more open to seeking help.
Another way to help those who have experienced sexual assault is to let them know of resources in the area, but don’t push them too hard to go to them. This is because some people are very uneasy after an assault and might not want to go through certain measures that could help them through it. Some resources at the University of Wisconsin – Platteville campus are Family Advocates, Residence Life, the Dean of Students Office, the Doyle Center for Gender and Sexuality and University Counseling Services. Some resources that are off-campus are End Domestic Abuse Wisconsin, Family Advocates, Love is respect, National Coalition Against Domestic Violence, National Online Resource Center on Violence Against Women, RAINN (Rape, Abuse, & Incest National Network) and Wisconsin Coalition Against Sexual Assault.
Sexual Assault Awareness Month is very important in order to learn about the resources in the area to help the many different people who go through sexual assault. This month allows people to become more aware of the resources on campus as well as off-campus. As we enter the month of May, which is Mental Health Awareness Month, please remember to be kind to others as they go through difficult times and be supportive to them as well.