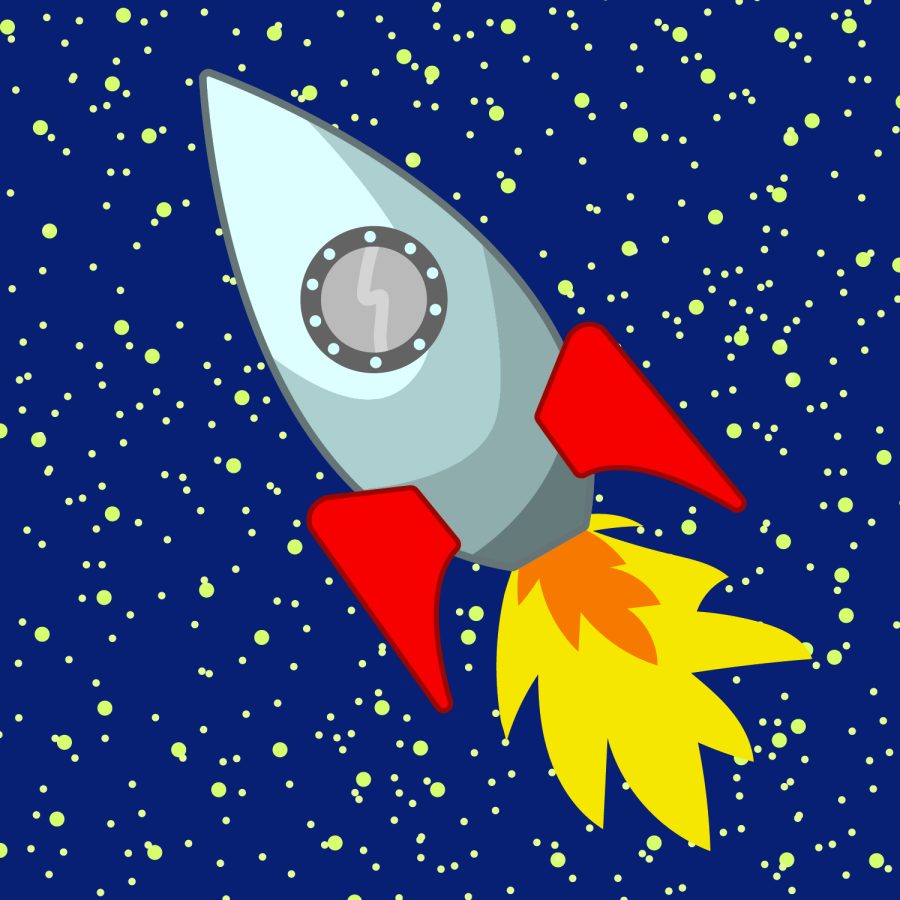 Pioneer Rocketry persevered through the challenges of the pandemic and is continuing its operations at full speed.

The COVID-19 pandemic shook the world to its core and brought all activities in schools worldwide to a halt, except for one: Pioneer Rocketry. The Rocketry Club at UW-Platteville continued to have meetings over Zoom and competitions even during the pandemic. Of course, all COVID-19 guidelines were abided by for the meetings and competitions, as assured by the club president, Ethan Taylor.

While the Rocketry Club was able to persevere through the pandemic, that is not to say that it was able to completely withstand the burden of the chaotic situation.

According to Taylor, “Initially our club went from about 30 people attending the meetings to the virtual meetings, (which) ended up being less than 10 people.” Despite this devastating hit to the club’s participation during the pandemic, Taylor said that over 25 members currently attend the weekly meetings in person.

The weekly meetings, hosted every Tuesday at 5:30 p.m., update members about events and allow members to work with one another on either independent rocket projects or the rockets for the competitions that Pioneer Rocketry participates in. The club advisor, Katherine Rubidoux, said that the club will be participating in three competitions this year. Dr. Rubidoux also mentioned that while the club only participated in two competitions last year, the club’s participation in the third competition was not impacted by COVID-19.

Dr. Rubidoux also mentioned that another big hit to the team, due to the COVID-19 pandemic, is the fact that they were not able to perform their yearly “T-Rex” team competition. Unlike the other competitions, this one only involves members from Pioneer Rocketry.

Dr. Rubidoux said that “It is a competition within the club where new members form teams and build rockets under the mentorship of returning members and then everybody goes out to Pioneer Farm on a Saturday in November to launch the rockets.”

Dr. Rubidoux mentioned that all the club meetings were on Zoom and it was difficult to recruit new members. The makeup of the club consisted mostly of returning members who were already highly involved in previous years.

Several of the members of Pioneer Rocketry spoke of how useful the club has been in gaining new experiences and learning about rocketry for their future careers in aerospace or other engineering fields.

Alex Schreiner, a senior mechanical engineering major, said that his experience with Pioneer Rocketry has been great despite the pandemic. Schreiner said he has learned a lot about rocketry and has met many great friends through his involvement with the club. Schreiner said, “I want to go into the aerospace industry and I think that this club will help me gain a lot of connections with people in the outside world.”

One of the main focuses and initiatives of Pioneer Rocketry is that of education, claimed both Taylor and Dr. Rubidoux. One of the main ways that the pandemic hurt the Rocketry Club is that members were no longer allowed to freely go into the workspace and work with each other on rocket assembly and functionality. These experiences of working within the actual workspace are crucial to the club as they are what teach new members who have not studied rocketry the process for planning and constructing rockets.

Unfortunately, like many other campus organizations, Pioneer Rocketry was not able to engage in community involvement during the lockdown of the pandemic. However, Bohlman stated that now that the lockdown is over, the club can resume its community involvement events. Bohlman said, “We did the EMS expo virtually this year and we are planning on doing the expo again when they announce it and we are currently in contact for the merit badges again.”

As the world slowly works toward returning to the way that it was before the COVID-19 pandemic, Pioneer Rocketry will continue to strive toward enriching the lives of students through the knowledge of rocketry and the experience of teamwork. The club has a promising outlook for the future and will continue to flourish so long as there are students with the passion and desire to learn.