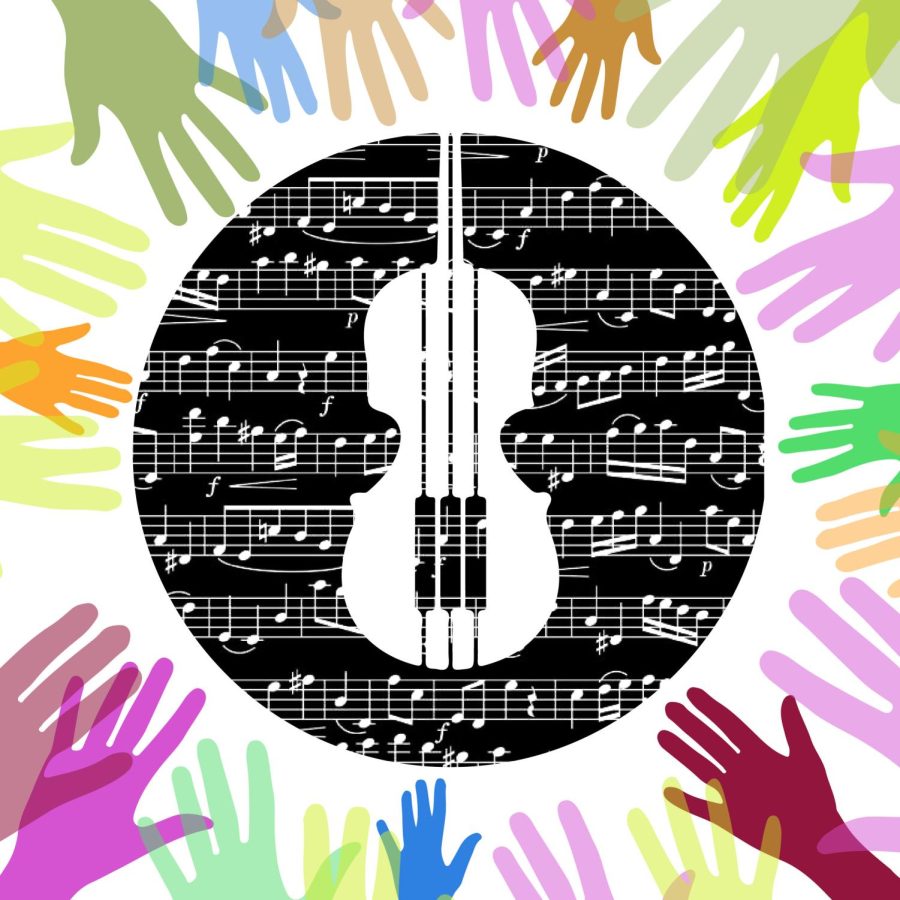 The Olga and Ray Guest Lecture fund, the Department of Performance and Visual Art and Equity and the Inclusion Committee sponsored an event that was held by the wonderful performer and awarded conductor Dr. William McClain on April 26, 2022.

The event was informative since Dr. McClain talked about navigating the classical music world as a musician, a conductor and as a person of color. Dr. McClain is Washington native and is now a conductor and professor at Millikin University in Illinois.

He also has won the International Conductors Workshop and Festival Competition in 2005, which is how he was able to conduct the Stravinsky’s Suite.

Dr. McClain is a powerful speaker, and talked about how he started in the classical world with his church when he was younger. He has watched his church go from soulful gospel singing to a structured classical tone.

Though it took a bit of time, due to music class continually being pushed back, Dr. McClain was finally able to pick up an instrument in junior high school, and he picked up the trumpet. He later switched to cello, but due to not wanting to draw too much attention to himself, he switched instruments once more.

Though he wanted to switch to the violin, his music teacher at the time moved him in another direction, and he picked up the viola. Dr. McClain went through the musician side of the classical world quite smoothly in terms of being able to audition into ensembles.

Though there were conductors to look up to, he could not find one that was African American, Latino or Asian or anything but Caucasian. Though there would be conductors in smaller ensembles that did have non-Caucasian conductors, there were little to no big-name ones. Though it would be great to have such diversity in the world of conductors, he also knows that the credentials should help get such people to those positions.

When talking about support from his family, he talked about how his immediate family was very supportive. On the other hand, his extended family would not fully understand what he would be doing. Some extended family would ask why he was not persuing a path as an athlete, and they would disregard him when he answered that he was persuing music.

Dr. McClain said that looking for jobs as a conductor was a bit difficult. As a musician, trying to audition into an ensemble in the classical world is an anonymous process. The judges do not know your race, gender, height or anything. You do not get to see who is judging you because it is all based on how well you can perform.

On the other hand, you need to be recommended, show your credentials and show who you are to get such a job. He noticed that this is where he found some trouble in progressing. In a predominantly male Caucasian industry, it was difficult for an African American man to break through. However, Dr. McClain did it.

He was able to make a path for himself and has shown that there can be diversity in such an industry. There are also women who are making a path through the industry. This should show anyone and everyone that you can make it. It may take some time, but you just have to get through the mud, so that you can achieve your goals.

Dr. McClain’s talk was very interesting and quite informative. As a person of color, myself, I relate with quite a good amount of what Dr. McClain said. For any future teachers, specifically music teachers, I think that Dr. McClain should be someone that should be talked about in the classroom.