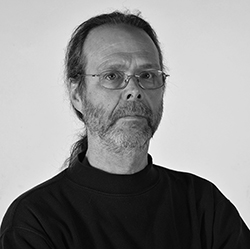 Arthur Ranney, Former chair of the Department of Media Studies

Right now would be a good time to stop avoiding the issues and to start effectively addressing the budget fiasco that is keeping the university away from its real mission, which is to educate students.

The fiasco – there really is no other word for this mess – has been created by an unfortunate confluence of events, but there are two primary places to point fingers, and they are the only two places that can fix it.

Place One: We should all be aiming our wrath at Madison, where an anti-education governor and a complicit legislature have demonized the UW System, convinced the electorate that taxes are too high in Wisconsin – and told voters that higher education is populated by lazy, overpaid liberals who are intent upon brainwashing their children.

The state of Wisconsin is about in the middle in terms of its operating costs per capita, if you take into account user fees. Tuition is a user fee, and it has gone up as government support has gone down, but it is still lower here, in general, than in Iowa, Illinois or Minnesota. Salaries are part of the UW bargain: Even Madison professors, who make a lot more money than Platteville professors, are slightly below the national average for comparable institutions. The rest of the System is 15 or 20 percent behind the national averages, depending on your data source, but any way you slice it, we are way behind. And salaries comprise about 80 percent of the cost of running the university.

The bottom line is that we’ve been sold a bill of goods, with the result being that no one wants to pay taxes or tuition. Over the years, state support for UW-Platteville has dropped from 65 percent to about 15 percent of the university’s budget – and in a popular political move, tuition costs have been frozen throughout the System.

Place Two: There is a long history at UW-Platteville of keeping salaries and costs low, and the relatively recent history of the Tri-State Initiative has only exacerbated the situation. Increased enrollment has been met largely by hiring academic staff who are paid significantly less than tenure-track faculty. TSI funds have been used to cover shortfalls in unrelated areas and TSI has been overspent, leading to the so-called structural deficit in the budget. Add that problem to the continuing cuts coming from Madison – a burden Platteville shares with the rest of the System despite major enrollment increases and an associated rise in costs – and you have the aforementioned confluence of events that mires UW-Platteville in a budget crisis that demands decisive action.

There has been little or no decisive action.

What has happened instead is that the administration, which pays lip service to shared governance, has tossed the budget issues at a handful of governance groups; those groups have not questioned the mandate, even though it requires them to come up with solutions to a problem that was not created by them and is beyond their expertise and purview. Huge resources are being expended to come up with ideas that are merely suggestions for the administration to consider. The only rationale I can discern for this heightened interest in shared governance is that it will now be possible to share the blame for the inevitable sorry outcome.

Let’s face it: The primary way to cut costs on the required draconian scale is to cut personnel. If the administration were to analyze the allocation of personnel across the campus, come to a series of judgments that the university is overstaffed in some areas, and then require those areas to cut a prescribed percentage of personnel costs, decisive action could be taken. Media Studies has provided an inadvertent example of how such a process would work in the academic area: It has had two faculty retirements, one academic staff death, and, very soon, one support staff retirement. (Disclosure: I am one of the faculty retirees.)

The Media Studies scenario provided a convenient way to cut the budget. No one will be replaced, which means that the department will cut the curriculum down to its most critical offerings: Four faculty members will cover a major curriculum that formerly was covered by seven people. Clerical support will be distributed to another building.

Health and Human Performance recently responded to an administration proposal to reduce the physical education requirement by one credit; the administration estimated a savings of $136,762. HHP says such a cut will save $15,000. That sort of exponential ambiguity can be dispelled immediately if the direct approach is taken. In other words, tell HHP (or whomever) to cut $136,000 (or some other amount); HHP could set its priority, in this example, whether it is general education, coaching or something else, and save it from the ax.

I suggest that the administration quit stalling, start reviewing the areas where personnel cuts appear appropriate, and start handing out dollar figures instead of meddling with the curriculum.

Arthur L. Ranney, Ph.D., is a professor emeritus and former chair of the Department of Media Studies at UW-Platteville.