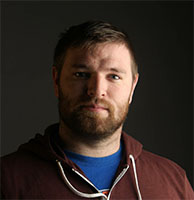 The University of Wisconsin-Platteville has made some questionable decisions in the past year, highlighted by the cutting of the media studies major.  University officials cited lack of enrollment and viability as the main reasons to why the decision was made. As a student graduating this May with a degree in the now cancelled major, I tend to disagree with their all-so-evasive argument.

One year ago, media students were told the fate of the program. I remember sitting by as we were shown a PowerPoint of four slides highlighting the gradual decrease in enrollment over the last 10 years. Students in attendance and watching on Facebook Live were unpleased with the excuse given by the university in order to distance them from the program.

Students were very quick to point out that their numbers only indicated freshman enrollment into the program and not transfer students or major change numbers. The speakers believed that their recruitment process wasn’t reaching the numbers they had intended and for that reason, enrollment declined. I am a firm believer in effort. In order to gain recruitment and enrollment, one must actually try to succeed in that endeavor.

As a media studies major with an emphasis in video and audio production, I believe I have a first-hand account of the lack of resources that are given to the program in order to survive, let alone recruit new talent. If a potential incoming freshman were to walk by the TV-5 station, they would probably assume that it hadn’t been upgraded since the mid 80’s. Video cameras and tripods were falling apart, big blue curtains highlighted a dingy storage room used for newscasts and the desk was a base under a piece of wood with nails sticking out to hold it in place.  Absolutely no one in any sense would choose to come to UW-Platteville based on the equipment that the program boasts. This, in my opinion, is the opposite of how UW-Platteville treats some of their programs, such as engineering. New upgrades bring new students, which then requires new updates. Unfortunately, new upgrades were not supplied in order to generate new student interest. The media department was left in the dust by the same university officials that were surprised when enrollment dropped.

Sure, I describe the newsroom as an old, poorly-lit afterthought, but time and time again the TV-5 program produced content on an award-winning basis. Even with Wisconsin Broadcasting Association awards being hauled in by annual numbers for weekly productions either for The University Report or 30 CC. I cannot identify one time that I saw any recognition from the university in any way except for the student run media studies Facebook page and the Exponent. Students that have been through and are currently enrolled in the program, are very dedicated individuals. We see one another as underdogs fighting through a system in which we are meant to fail.

After students were told that the major would no longer be around, we were told that if we were currently enrolled in the program we would be able to graduate. For juniors and seniors, being “allowed” to graduate in a major that we hand picked because of a passion we have is a bit frustrating. Being allowed to graduate in a dead program basically means that if the course you needed was not being offered, which most aren’t any longer, you were to ‘speak with your advisor’ and figure out a substitution. I personally had to substitute a journalism class for an audio production course, which even to the untrained media eye does not seem to be particularly interchangeable. Admittedly, I am somewhat irked by this due to the fact that my emphasis has the words “audio production” in the title. The biggest hit to the graduating seniors of this program is that our entire degree now has an invisible asterisk next to it with the words “I got it done but my quality of education is rather embarrassing.” If the university is able to go to sleep at night knowing their name is being put on a tainted degree, then I should be able to live with doing tainted work in my career. I personally cannot wait for a job where I am asked to piece together audio files and I have to tell them that I don’t know how to do that for them because I was too busy learning how to splice commas and identify ‘click-bait.’

Aside from low enrollment, we were told that viability was a reason for the abrupt program cancellation.  I raised my hand and asked why the social media minor got cut specifically. The response was that it was “not viable” in the School of Business. This statement is the most ridiculous thing that I have ever heard. Shall I even mention that the university is looking for a social media coordinator? If cutting the minor was not enough, UW-Platteville decided to hire a person to do a job for $40,000 that students could do for credits toward a degree.

I would implore all of you reading this today to go to the Department of Media Studies Facebook page and look at all of the updates being posted daily about how successful Media Studies majors, past and present, are in their field. I myself have had several interviews for positions related to social media for companies that gave me a chance strictly due to the fact that my resume says “social media minor.”   Professors in the program put together a degree that would encompass not only specific areas but also every aspect of media. Photography majors were taught areas of media including law, journalism, communication and production. Every student walking out of UW-Platteville with a media studies degree can boast that they have experience in a way unlike any other student in the country. This is due to the great talent that is found on the sixth floor of the Pioneer Tower.

The program was put together and taught by some of the best not only professors, but professionals and friends, that I have ever had the honor of meeting. The remaining four professors have marked their place as the most dedicated and enthusiastic people in this institution. Each remaining professor has put their professional careers and personal passions into this program in order to instill knowledge and experience for every student that walked through their classroom.  These instructors have sat back and watched their students succeed in their individual paths, and UW-Platteville honors their hard work, dedication and passion by destroying everything that they spent years to build with a few bad excuses and junior high classroom meetings.