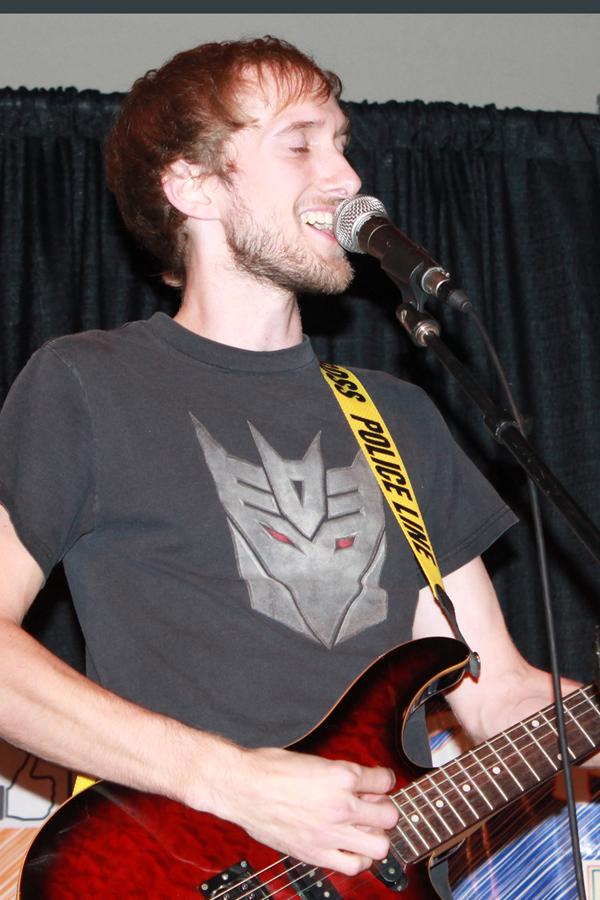 Musically inclined University of Wisconsin-Platteville students took the stage at the first Open Mic Night of the year in the Pioneer Haus, Tuesday.
Open Mic Night encourages students to share all different types of talent.
However, fans packed in for a free night of entertainment that included nine acts, all of which were musical performances.
Every Second Counts, an alternative rock band consisting of four UW-Platteville sophomores, was the first to take the stage.
Edgerton natives Nathan Hataj and Jessie Guiselman started the band.  They then teamed up with drummer Dayton Wellner.
Bret Bender substituted for their usual bass guitarist Robby Loose.
Every Second Counts kicked off their performance with their rendition of blink-182’s “After Midnight” and followed with their original song “For The People.”
The group has played at several events on and off campus, including a state-wide battle of the bands.
The band also hopes to record an album in the near future.
Later, Amy Warrichaiet and Jasmine Bianes performed two duets.
They opened with Ed Sheeran’s “Lego House,” which drew a large applause from the crowd.
Their second performance was a heartfelt version of Miley Cyrus’ “Wrecking Ball.”
David Nevins, director of Campus Programming and Relations, said that the event, which is open to all kinds of performances, will occur at least once per month.
Nevins said that over the years, he has seen everything from comedians to juggling acts.
Check online for the next Open Mic Night.