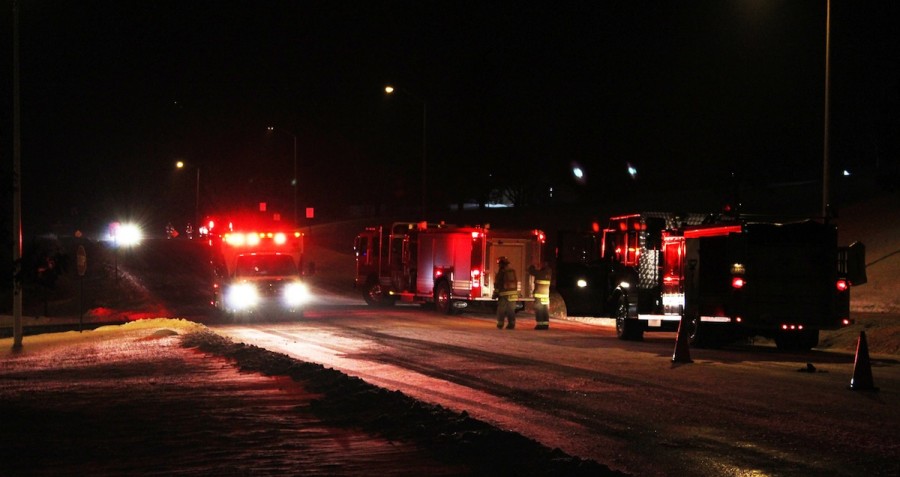 Platteville police, fire and emergency services were dispatched to the scene of a one-vehicle crash on Greenwood Avenue Monday evening.
Platteville police confirmed the crash, which occurred on a steep hill west of the university baseball stadium. Police also confirmed that two occupants were in the vehicle, but Sgt. Andrea Droessler, who approved the online blotter describing the crash, refused to release the names of those involved in the crash. She did not cite any reasons for refusing to release the names.
A report of a rollover accident was called in at approximately 5:41 p.m., according to a press release from the police department. One of the vehicle’s occupants was taken to Southwest Medical and the other refused treatment, according to the online blotter.
Greenwood Avenue was blocked off near the softball and baseball fields while emergency personnel worked.
Campus Police Chief Scott Marquardt said that the street where the accident occurred was city property, and therefore “the city police handled the situation.” Marquardt said a university police officer briefly assisted at the scene.