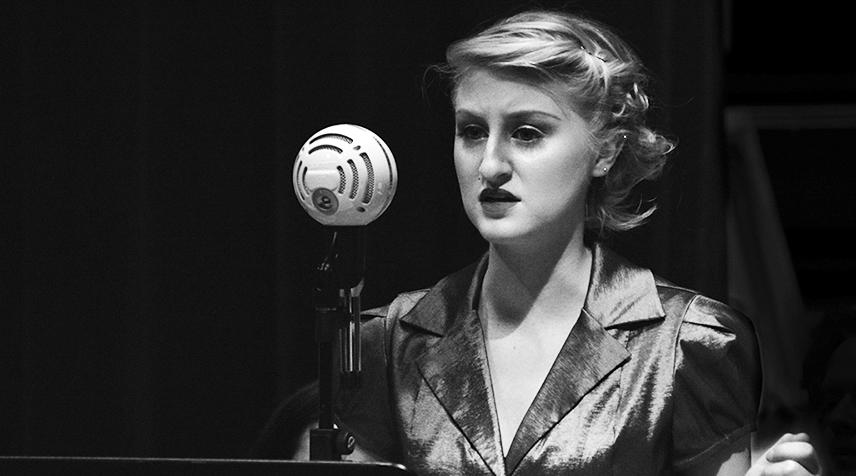 The brother-sister duo of Joe and Debi Sigwarth co-directed and produced It’s a Wonderful Life: A Live Radio Play as a fundraiser for Family Advocates. According to their website, “Family Advocates is a nonprofit organization providing services for victims of sexual assault and family or partner abuse.”

“It’s a very accurate name [for the organization],” Debi said. “They’re very educated and caring people and they want to help. It’s [an organization] that people need to be aware of in case they ever need someone to help.”

Because the University of Wisconsin-Platteville theatre department donated the space free of charge and ‘Bailey Building and Loans Sponsorships’ covered the production costs, nearly 100 percent of ticket sales will go towards Family Advocates. Tickets are $12 and can be pre-ordered at the box office or purchased at the door.

It’s a Wonderful Life was directed and produced by Frank Capra in 1946 and is based off of Philip Van Doren Stern’s novel, The Greatest Gift. Joe Landry rewrote Capra’s script as a live radio play adaptation and was first performed in 1996.

Live action radio plays require the actors to play multiple characters. In the Sigwarths’ production, there are a total of five actors, three of them playing eight different characters. Joe said that the show will be interactive and will include commercial breaks and sing-a-longs. The show also features Josiah Keller as the Foley Artist, someone who produces the live sound effects.

“Instead of the actors acting to each other, they’re acting with microphones and more acting to the audience,” Joe said. “It’s live acting, not live action.”

All but one of the cast and crew members are either UW-Platteville students or alumni. The cast has been rehearsing every day in the week leading up to opening night.

“The cast, crew and volunteers have put an amazing amount of hours and dedication into it,” Joe said. “I’m thrilled to bring this play to my hometown so the whole community can enjoy this heartwarming classic.”

“It’s a fun show, it’s funny,” Joe said. “I guarantee it’s nothing like you’ve ever seen. It’s something that college students and families will enjoy.”