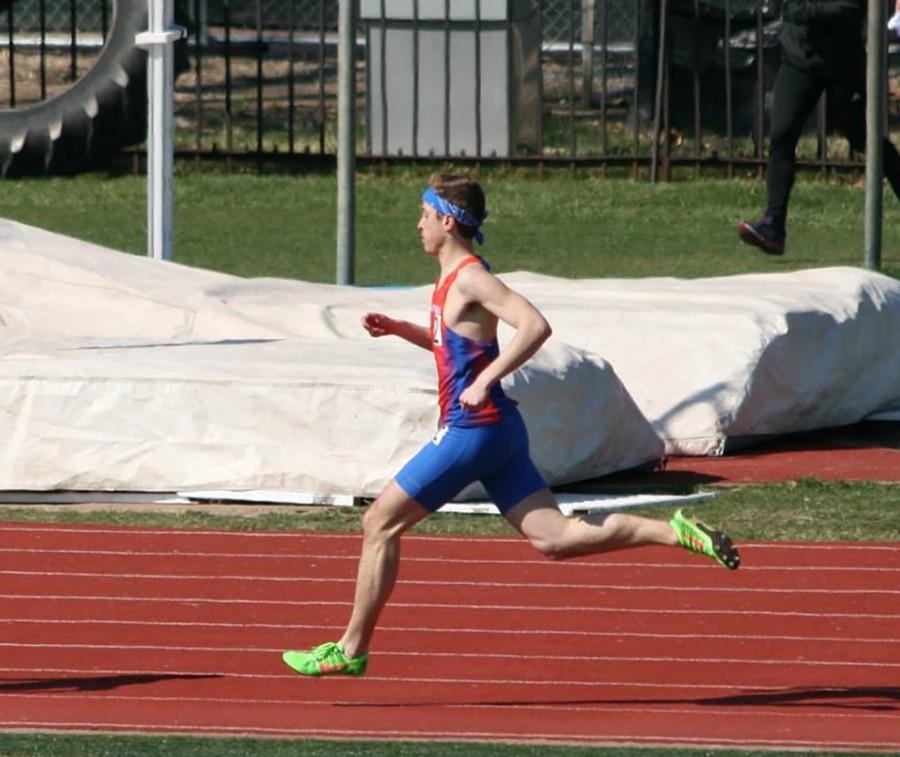 Arther running in a meet at Washington University.

“It’s just a phase,” sophomore, geography major Greg Arther used to tell himself. The University of Wisconsin- Platteville track athlete used to repress the fact that he might be gay in fear of being rejected.

“It was a long process,” Arther said.

Realizing that it wasn’t just a phase, he slowly started to come out as gay to close friends and family. Arther made it public on social media the same day that the Supreme Court ruled in favor of marriage equality. By liking his Facebook status, his teammate showed their acceptance. Arther said that his teammates have always been an open minded group of men and that the only change in the team is that they are becoming more sensitive to using slurs.

“I can be myself and do what I do. It does help break down stereotypes and it helps show that being gay has nothing to do with your athletic ability or who you are as a person. It’s not all of you, it’s just a small part of you. Being gay doesn’t define someone’s whole life,” Arther said.

Although he had the support from his friends, family and teammates he was still feeling anxious and depressed. Just before finals week he wrote a detailedessay for outsports.com explaining his coming out process.

“Since I posted the article other athletes started adding me [on Facebook]. Some people have reached out and asked for help and support, which I am more than happy to give,” Arther said.

With the amount of support that Arther has received from people, he has been able to find himself in a better state of mind. Since coming out is more than just a one-time thing, he wants to make it as lighthearted as possible and believes that it doesn’t have to be serious all the time. He also encourages people to find a safe environment and someone that they can fully trust when they first start coming out. Arther credits UW-Platteville as an accepting university and wants people that are struggling with their sexuality to remember that people are more accepting than what you realize.

“It gets better, as cheesy at it sounds. It takes time, but it gets better.  Just be true to who you are,” Arther said.