Students get ‘Tapped’ to pledge 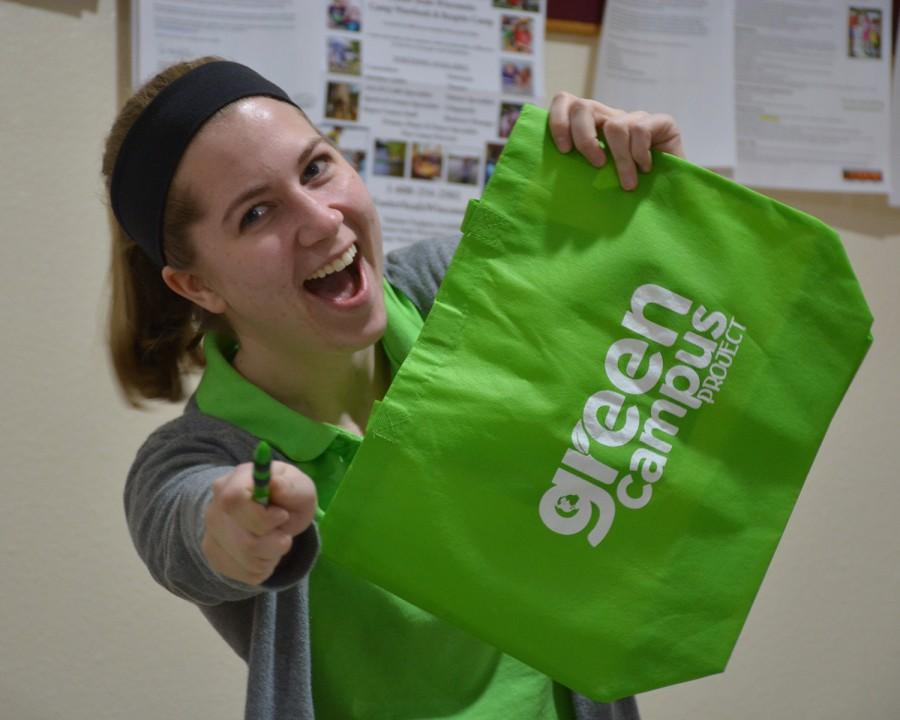 The showing of Tapped was held by the University of Wisconsin-Platteville Green Campus Project and was shown in the Thomas B. Lundeen Lecture Hall on Feb. 11. The week prior to the showing the group collected pledges asking people to “Get Tapped.” The goal of pledging was to work toward eliminating the sale of plastic water bottles on campus.

“The consumer culture is destroying the planet,” junior industrial technology major Ryan Dobrovolmy said, when asked why he pledged.

Before the showing, the Green Campus Project allowed more students to pledge. The group collected 55 pledges, however, their goal was to get 100. The group wants to collect as many pledges as possible in order to take the pledge list to the administration to help eliminate the sale of plastic water bottles on campus.

“[Getting pledges] isn’t the beginning of this. We want to keep this [plan] going to eliminate the use of plastic water bottles on campus all together,” senior electrical engineering major, and Green Campus Project Treasurer, Alexander Caracciolo said. “A lot of people are already on board with it. We just need them to commit to our pledge so we can have strength in numbers.”

The documentary detailed how large corporations, including Nestle, Pepsi and Coke, pump large amounts of water and use that water to make a profit by bottling and selling it.

According to the film, these companies continue to pump water out of cities, even if the city may be experiencing a drought.

In addition, the film discussed how “most of the pollution found in oceans today is plastic, which is making the ocean into ‘plastic soup.’”

In reaction to the pollution that plastic bottles are causing, Dobrovolmy said “We only have one rock to live on, so let’s stop destroying it.”

The Food and Drug Administration has no control over the regulation of bottled water, which allows big companies to keep their bottling and testing results private. What people don’t know is that there is a large number of people getting sick from the packaging that bottled water comes in. Chemicals such as Polyethylene terephthalate (PET) and Bisphenol A (BPA) have been found in large percentages of bottled water packaging. According to the film, “80 percent of PET ends up in Pepsi, Coke, and other bottled water packages.” The chemical “BPA is one of the most dangerous chemicals in the world and is used to make water cooler bottles.”

The documentary ended by discussing how a few places, such as the University of Vermont, have banned bottled water all together.

What Tapped and the Green Campus Project are trying to do is demonstrating both the pros and cons of bottled water.

The UW-Platteville campus has sustainable options already in anticipation for the elimination of the sale of plastic water bottles on campus. The campus has Elkay hydration stations, which are the “bottle fillers that provide convenient hydration with a rapid fill of filtered water to quench thirst and minimize plastic bottle waste in the environment,” according to Elkay’s website. Since the addition of these hydrations stations, Caracciolo said he has seen a drop in the amount of plastic water bottles he sees on campus. According to the UW-Platteville sustainability survey, the buy-in, or the number that indicates whether the campus community will support adding more hydration stations was 2.44 out of 3. A 3 means that the community is very supportive, thus a 2.44 indicates that the UW-Platteville campus would be supportive of adding more stations to help with the elimination of plastic water bottles.

The showing of Tapped is just one step in the Green Campus Projects overall plans. “In the next couple of years we want to hit all the areas of sustainability. This project focuses mainly on waste reduction,” Melanie Nanke, junior mechanical engineering and president of Green Campus Project said.