This year’s conference held by the Black Student Union featured a seminar by Dr. Sherri Williams 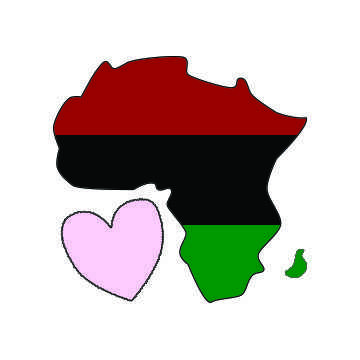 “50 Shades of Black” was the theme of the 12th annual Ebony Weekend Conference at the University of Wisconsin-Platteville. The conference kicked off on Feb. 10 and lasted until Feb. 12. The Ebony Weekend Conference is held every year by the Black Student Union of UW-Platteville. “50 Shades of Black” was set to “focus on the importance of learning about racial injustices in areas such as education, police brutality, communities and more,” according to the brochure handed out to attendees. Throughout the conference, attendees were able to attend a variety of seminars, networking sessions and entertainment. The first seminar of the conference featured Sherri Williams. Williams’ area of expertise is in media and how people of color are represented in mass media. Williams’ topic of discussion for her seminar was titled “Invisibility, Hypervisibility and Injury: How Extreme Media Images Hurt Black Women.” Before Williams dove into her topic of discussion she noted that going from warm 60 degree South Carolina to 16 degree Wisconsin was hard to get used to. Williams also thanked the members of the Black Student Union for picking her up at the airport. After a few more thanks and some technical difficulties, Williams began her seminar. She discussed a variety of topics related to how women of color are represented in the media and how the bodies of black women are presented in media as well. The bodies of black women were considered the exact opposite of white women. She then went on to discuss how black women are represented in reality television. Specifically, Williams talked about how reality television featuring black women portrays the image of the “welfare queen.” “The image of the welfare queen is pretty much a myth and stereotype of who actually gets welfare,” Williams said. She stated multiple stories of the hardships that black men and women have faced over the years that were not covered by the media. One case she mentioned was about a man who was accused of raping 13 black women for almost two years and was only sentenced to three years in prison. When she mentioned this case, along with a variety of others, most attendees seemed surprised that the media never covered these cases. This proved Williams’ point of invisibility, but she also noted that the other cases happening that featured perpetrators such as Casey Anthony were important cases for the media to cover, but these events were not the only bad things happening in the world. Williams’ seminar also featured discussion about missing children and transitioning individuals. She talked about how when white women and children go missing their stories get amplified by the media, but that is not the case with black women and children. “42 percent of children who go missing are black, but we rarely see those stories [in the media],” Williams said. Williams ended her seminar with further discussion on how black women are portrayed on television and how the media takes advantage of the stereotypes that are placed on black women. She mentioned that when black women engage in violence, the media rewards them with more screen time and in the television business the main goal is to make money. Williams left her audience with a few final notes about challenging students. She said that she “challenges students to see who is absent and who is silent.” She wants students to take an in depth look at stories and determine why we see certain stories in the media portrayed, but not others. She also noted that media needs to diversify the newsroom in order for there to be a change in the stories the media chooses to cover. Her presence at this seminar was large and was a great way to kick off the Ebony Weekend Conference. Even though there were a few technical difficulties with Williams’ PowerPoint, all those that attended her seminar seemed to enjoy her presence and respect her area of expertise.