$250 raised for the Child’s Play charity 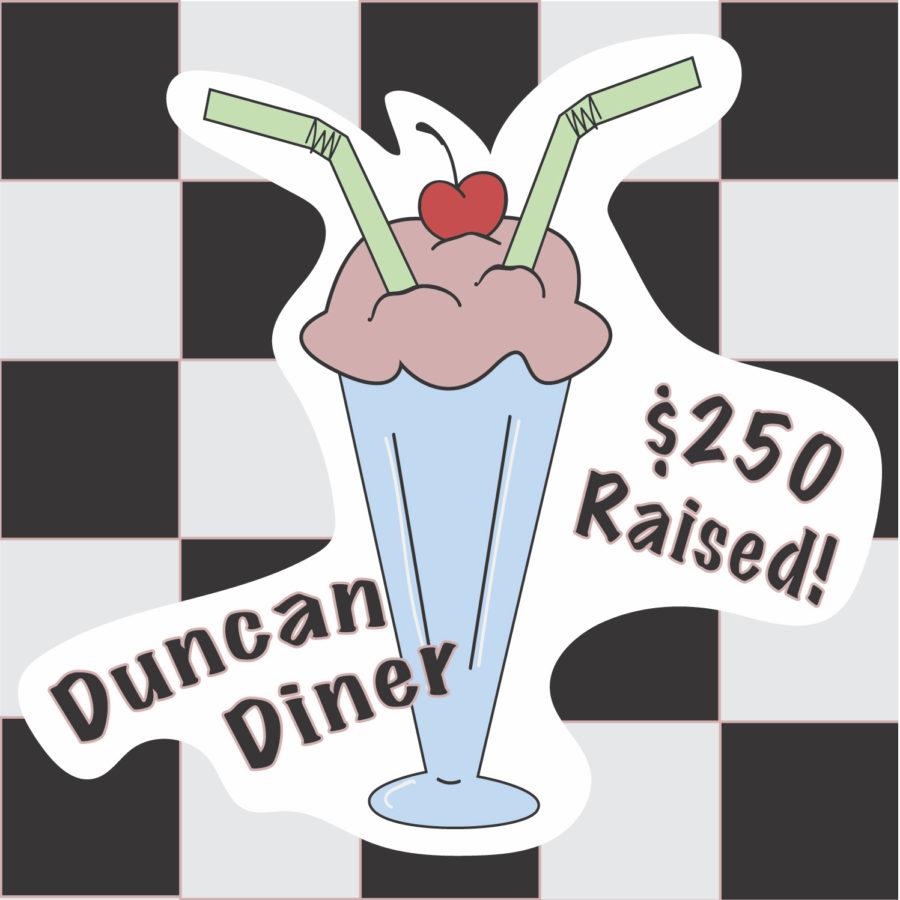 It has been a tradition of McGregor Hall, for at least a decade, to host the annual Duncan Diner, an event started by Duncan McGregor himself. For just $1, students were served a hot dog, chips and a milk shake, all the while enjoying the retro 50’s style decorations throughout the basement of McGregor Hall. Customers were also given crayons to leave their marks on the table clothes while they enjoyed their meal.

“My favorite part would have been the theme and the decorations that they put up. It made it more than just an event with food. It felt like you were in a real diner,” freshman biology major Michaela Siebarth said.

The Duncan Diner was raising money for Child’s Play, an organization that purchases and donates new consoles, peripherals, games and more for hospitals and therapy facilities. Children can then enjoy age-appropriate entertainment, interact with their peers, friends and family while they provide a vital distraction for them. Since 2003, Child’s Play has been able to raise $40,269,049 to donate games to over 100 hospitals.

“I was glad to know that my money was going to such a good cause,” Siebarth said.

Preparation for this event took a little over a month to plan. Students within McGregor Hall teamed with the Resident Life to make this diner happen. They broke off into teams for food, publicity and serving. They would meet each week to make sure that everything was going according to plan.

“The overall group worked very well together in the planning for the event and their teamwork truly showed the night of the event [in] how well they worked together,” Resident Director of McGregor Hall Taylor Burke said.

There was also much preparation to do the day of the event. The teams worked to decorate the entire basement of McGregor in a 50’s style theme with records, music notes and a jukebox. All of the décor went well with the newly redone basement of McGregor, supporting the 50’s diner style.

The Duncan Diner event was a great success over all. They were able to raise $250 for Child’s Play. Over 200 people came and participated in the event.

“My favorite part of this event was the atmosphere of the Diner and being able to see all of these students come together in one spot,” senior broad field science major and Senior Assistant of McGregor Hall Amber Inman said.

Both students attending and students working the diner seemed to think that this event was a success because of the way that it brought the campus together.