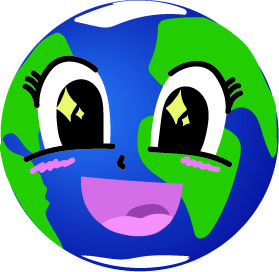 The University of Wisconsin-Platteville’s Green Campus Project celebrated Earth Day with their fourth annual Earth Day Carnival. The main purpose of the carnival was to “raise awareness about the Earth while having fun and celebrating with everyone. It’s a good chance for community building,” Green Campus Project member and freshman political science major Grant Disch said.

The carnival consisted of booths and attractions that were hosted by student and university organizations and local businesses. Some of the organizations and businesses involved were the Office of Sustainability, Sunflower Oil Company, Driftless Market, Momentum Bike Shop, Greek Life and Engineers Without Boarders.

“[The organizations and businesses hosted] lots of games, trivia, raffles, prizes including t-shirts, other give away goods, lots of fun upbeat music, a reading of The Lorax, brats and chips,” Green Campus Project president and sophomore environmental horticulture major Valerie McGoldrick said. All of the booths promoted sustainability by having activities or information about what their club does to curb climate change.

“I attended because I like to see all the different booths and groups promoting Earth Day,” junior fine art major Janice Kuhn said. Kuhn said that one of her favorite things from the carnival was the plant seed she got to take home with her. She also stated that Earth Day is important because it helps raise awareness for the problems facing Earth.

Another way the Green Campus Project is raising awareness about sustainability is by going to the People’s Climate March in Madison on Earth Day. The Madison Climate March calls for “strong local leadership, for jobs that are healthy for the planet and strengthen communities, and for solutions to the climate crisis that are rooted in non-violence and racial, social and economic justice and peace.” Approximately 50 people from Platteville will be going with the Green Campus Project to the march.