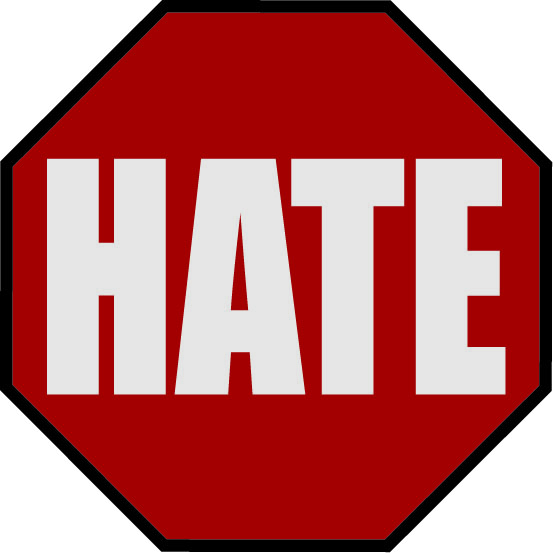 Stop The Hate is a human rights campaign that started after the deadly attack at Pulse Nightclub in Orlando in 2016. This organization strives to stop hate violence and crime through education. Valerie Wetzel coordinates all Stop The Hate programming on our campus. This past session was focused on hate symbols.

To start off the session, Wetzel explained the concept of R.O.P.E.S and what it stands for. R stands for respect, rights, and response, O stands for oops/ouch and oppress, P stands for perspective, E stands for educate and engage, and S stands for support and sympathy. All these together mean that everyone has their own rights, views, and sometimes we have a mistake that might offend someone. By using education, we can become more knowledgeable about hate violence.

The Pyramid of Hate was one of the other concepts discussed during this session. The pyramid has five different levels. At the bottom of the pyramid are Acts of Bias. These are non-criminal offenses but are still a part of hate violence. This is usually where most hate violence starts. Above that is another non-criminal type of hate violence called Prejudice and Bigotry. The next level is Discrimination, a concept we are most educated on. Discrimination is a civil offense. The next is Violence. This is when someone hurts someone else based on their race, sexual orientation, or many other reasons. This is also a criminal offense. Finally, at the top of the pyramid, is Genocide. This is considered a war-crime.

Valerie Wetzel informed us that there are 917 hate groups on the United States alone.

Stop The Hate is a valuable campus recourse. One student, Molly Ried, has attended several Stop The Hate sessions and plans to attend more.

“One of the most valuable things I have learned today was just an understanding of how vast, how extensive the hate groups have spread out. There shouldn’t be almost a thousand hate groups in the US, that number. It’s too many. It really shouldn’t be one,” fifth year senior business administration major Molly Ried said

“[The most valuable thing I learned today is] when you’re searching or doing research on any hate groups, like say you were to go to like a page [online], when it gets like a pin on that page like it shows that there’s interest. You shouldn’t be going to that page,” freshman psychology major Jenna Acker said.