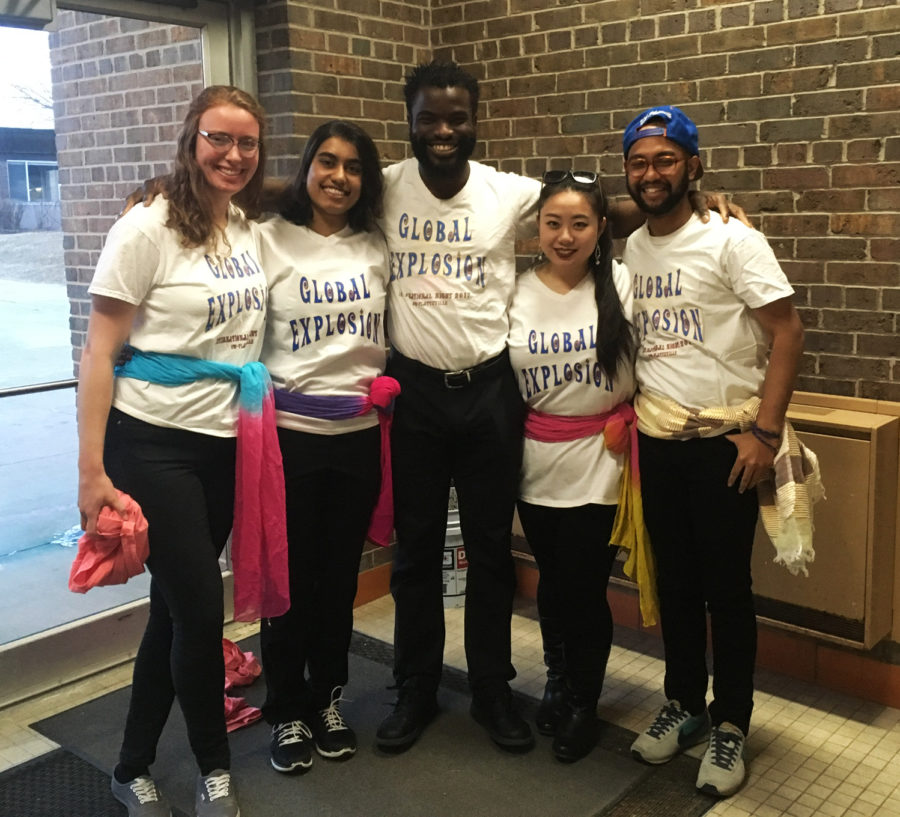 Global Explosion before performing at Feast of Nations.

“We were so scared. We were only able to get one full run through with all five former Global Explosion Members and I thought that we performed very well for the limited amount of practice that we were able to have. Performing on the stage was a little scary due to the stage but other than that we had a lot of fun and I enjoyed it,” UW-Platteville alumni Angela Yang said. The stage had actually broken apart during the performance.

The night began with a welcome and introductions by the international student coordinator Jessica Vodvarka. Vodvarka thanked the audience for showing support for the International Club and contributors for the night’s festivities. There were performances throughout the night while appetizers and handmade food was served by students from UW- Richland’s International Club.

“The food was really good and I thought that the event was well done as a whole. I wished that the students would have been able to sit down and enjoy the hard work that they had put into the event though,” community member Cindy Yang said.

The night wrapped up with members of UW-Richland Center’s International Club going up on stage to state their names and where they are from, with their home country’s flag behind them. A silent auction was held during the event ,and winners were announced at the end of the night.