Community raises over $52,000 for cancer research during the Dr. Seuss themed Relay for Life 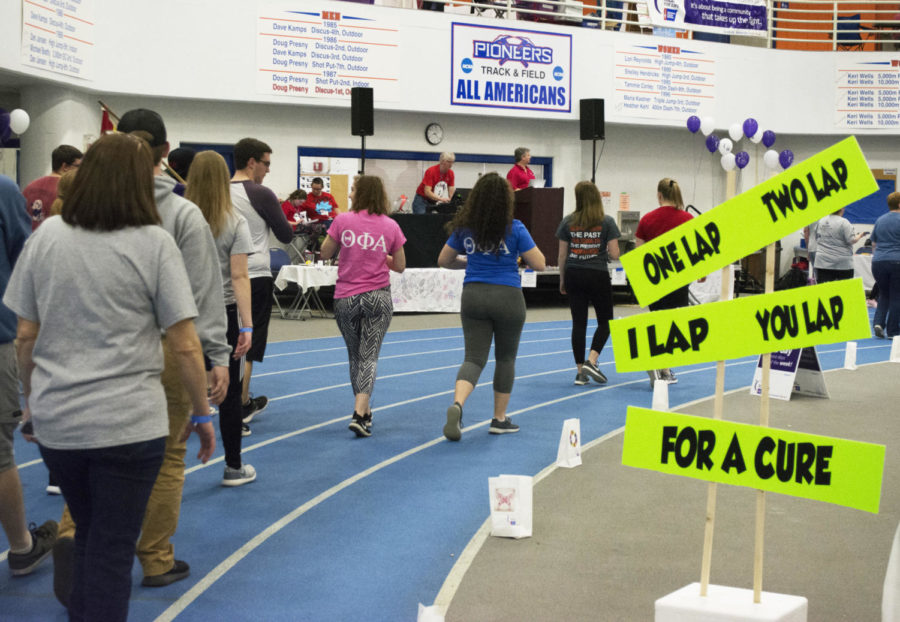 Grant County Relay for Life took place Friday, April 20. Relay for Life is a annual event where participants walked around the UW-Platteville track as a fundraiser supporting cancer research. Several teams came together and ended up raising $52,841.87 for the event.

“We [College Against Cancer] do a lot behind the scenes of Relay for Life. We have a luminaire booth, and we prepared baskets for the event. We are setting up the bags all night, and we also read off the names of all the people who have either lost their lives to cancer or who are battling cancer,” president of College Against Cancer and sophomore history major Emma Larson said.

The luminaire booth was located near the stage. The luminaires could be decorated and set up around the track in honor of someone who had passed because of cancer.

This event takes a lot of planning for the American Cancer Society and the teams involved. Some of the teams that came from campus included the Residence Hall Associate and all of the fraternities and sororities.

“Grant County Relay is a year-round event. A lot of times people think that it only happens during the Relay season. One of our members already secured this location for next year so it really is a year round thing, ” community development manager for the American Cancer Society Jessica Lemke said.

These teams had been fundraising since the beginning of spring semester in order to reach their goals. Most teams set their goals at about $1,000, and usually they all meet or exceed that limit. Most teams bring in an average of $1,000 to $2,000 with the fundraising and the booths that they have during the event. A few of these booths included a massage booth, spin the wheel and a photo booth.

This event brought people together, whether they had been directly touched by cancer or not. While children ran around on a scavenger hunt and students played corn hole to pass the time, other people who were not walking spent time sitting and talking with those around them. It gave students the chance to get to know people within the community and vice versa.

Relay for Life is an important event that happens every year at the Williams Fieldhouse. It takes a combined effort of the community, the campus and its organizations, and the American Cancer Association for this to be a successful event.