Rockin’, hypnotizin’, all around fun 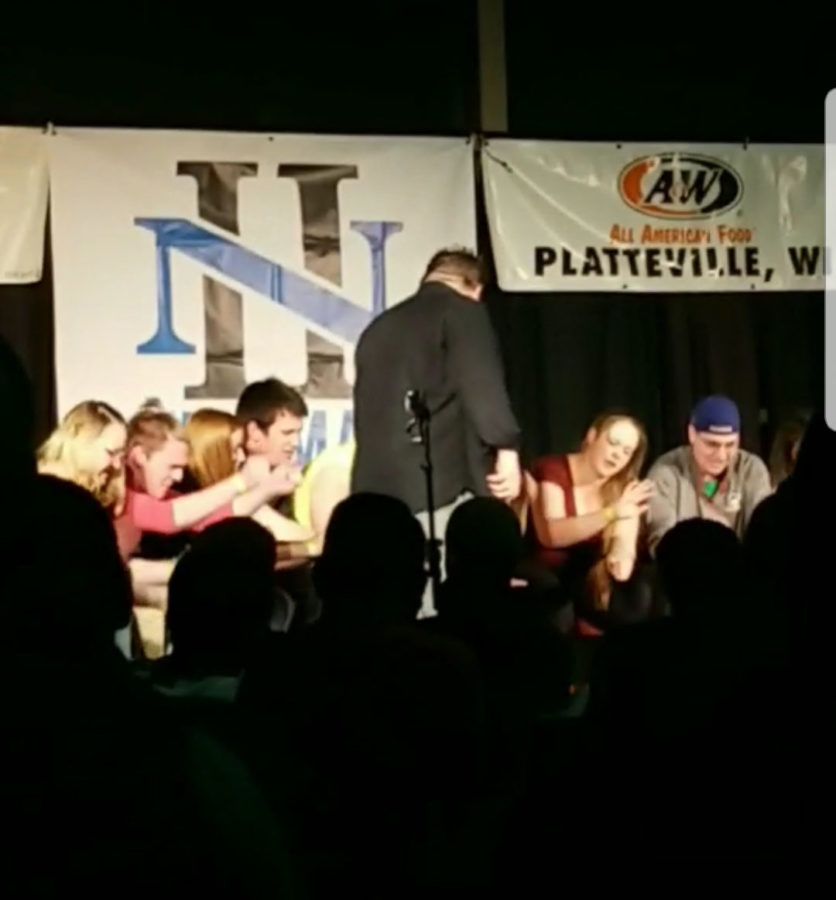 Dan Lornitis encourages students under his hypnosis to milk a cow in a milking race.

Late Night at the Markee took place this past Friday night at the Pioneer Student Center. Students came to the PSC to enjoy an evening of food, entertainment and fun. Local businesses partnered up with the school and came out to show their support as well. One of these local businesses was Barber Shop Rock, a barber shop located on Main Street. Barber Shop Rock provided students with a free nail painting as well as a free eye brow wax, which made for a long line.

“My favorite part was the eyebrow wax. They did a really great job and they were super nice. I also wasn’t used to seeing so many students participate in a campus event, so that was really great to see,” sophomore business administration major Mckenna Kuehl said.

Dan Lornitis, the hypnotist, was particularly successful with the students. A large crowd gathered around to watch Lornitis start the evening. He began by putting the selected students under hypnosis and had them preform ridiculous tasks. Students got a kick out of watching their fellow peers being hypnotized.

There were also balloon cartoonists and other events going on for students to participate in, such as mini golf and laser tag. Late Night at the Markee also had a mechanical bull, a photo book and the animal house, which had several animals for students to learn about, including a female gecko. There was also a performance by the Dueling Pianos.

“The activities were a lot of fun and I am glad that I went. I can’t pick which activity was my favorite, but I can say that I am already looking forward to Late Night next year. I was also excited because I got to spend the night with my friends,” sophomore elementary education major Maddisyn Bauman said.

Late Night provided free food, which was a win for any college student. While waiting for the food, the students took the chance to relax and talk with their friends.

“Free food is always great, especially when you live off campus. I came for the food, but I got to see everything else that was going on. Late Night is my favorite event of the year, and this one seemed bigger than the ones in the past,” junior forensic investigation and psychology major, Keaton Payne said.

Late Night went off without a hitch and had a huge turnout of students. Returning students already seem excited for t next year’s event.