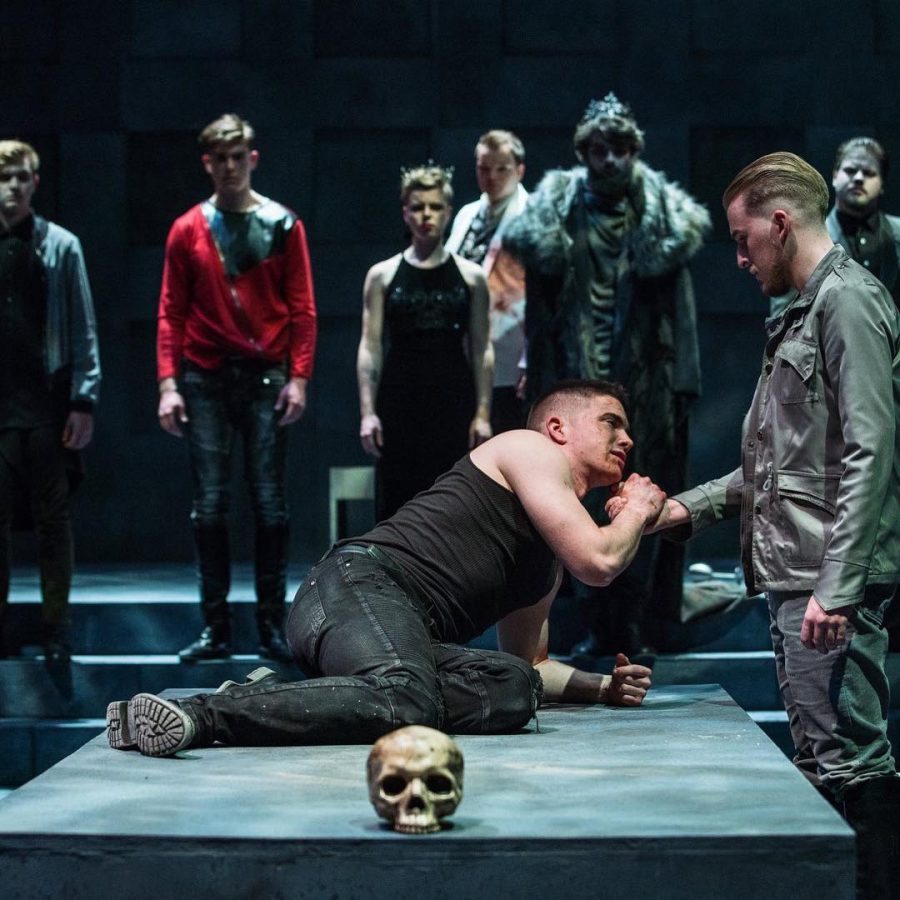 The University of Wisconsin-Platteville’s Department of Performing and Visual Arts-Theatre preformed their rendition of “Hamlet” in the Center for the Arts Theatre. The performances began on Dec. 5 and ran through Dec. 9.

“Like every show, it was a collaborative project. My development of Gertrude went right along with Ian and Logan’s development of their characters. I loved being able to see how Gertrude developed at the same time as everything else around us,” senior English education major Meghan Weber said.

Originally performed in 1599, “Hamlet” follows the story of Prince Hamlet as he attends to his father’s funeral and family quarrels throughout his journey to regain his rightful seat on Denmark’s throne. Following the ghost of his father, Hamlet is tasked with avenging his father’s murder.

The theatre department modernized Shakespeare’s play by having it set in the present day and designed androgynous costumes. The production also included scenic design by student Nicholas Kelley, technical direction by student Sam Klaas and stage managment by student Abigail Wagner. Jeffrey Strange, associate professor and resident designer at UW-Platteville, was the lighting designer. Sarah Strange, instructor and resident designer at UW-Platteville, was the costume designer.

“When we start rehearsals, there’s always the remains of the previous show painted on the floor or laying backstage, but as everything gets built, painted and costumed, the characters exponentially take shape,” Weber said.

The Department of Performing and Visual Arts-Theatre puts on several performances each semester. Next semester the department will hold a “Fool for Love” by Sam Shepard, “Sweeney Todd” by Hugh Wheeler and a One-Act Festival performed by UW-Platteville student directors, designers and actors to showcase their talents in the theatre.

For more information and tickets for upcoming events, contact the University Box Office located in room 510 of Ullsvik Hall.