Shadow or no shadow? That is the question

How did a groundhog come to predict a long winter or an early spring? 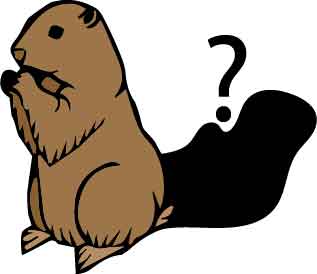 On Feb. 2, 2019, Punxsutawney Phil did not see his shadow, telling us that we will have an early spring. Phil came out of his climate-controlled burrow and stayed out to see all the people who were gathered to watch. His predictions have been 39 percent accurate through the Stormfax Almanac, which holds every record of when he did or did not see his shadow.

For the past 132 years, a groundhog has been predicting whether there will be an early spring or six more weeks of frigid winter. A shadow isn’t how a groundhog can predict weather, though. A groundhog goes into hibernation in late fall, and in February the following spring, they come out of their burrow to look for a mate. If they come out of their burrows and sense that it’s too cold, they will go back inside. If the groundhog senses that it’s getting warmer, it will come out of its burrow to look for a mate.

There is a superstition on why a shadow would be used as a predictor for winter. Winter days when you can see a shadow is especially cold because there are no clouds, hence the phrase if a groundhog sees his shadow there will be six more weeks of winter.

Why is Groundhog Day celebrated on Feb. 2? There was another celebration that was supposed to predict when spring was going to start. This celebration was called Candlemas. Clergy men in biblical times would distribute candles on Feb. 2., and if the sun came out before the candle had fully burned through, there would be six more weeks of winter, but if the candles would burn out fully, it meant spring was here. This is still celebrated in many countries, but the Germans expanded the tradition and incorporated animals. When the Germans sailed to America, they first used hedgehogs; in Pennsylvania, they switched to groundhogs because they were more plentiful.

How did Groundhogs Day become an official event? On Feb. 2, 1887, a group of friends in Punxsutawney, Pennsylvania, went into the woods on Candlemas to look for groundhogs. This group of friends became a club called the Punxsutawney Groundhog Club and the event became official. After many years of tradition, Phil, named after King Phillip, became the animal that would predict whether or not we have an early spring.