Love is Greater than Hate asks for social change 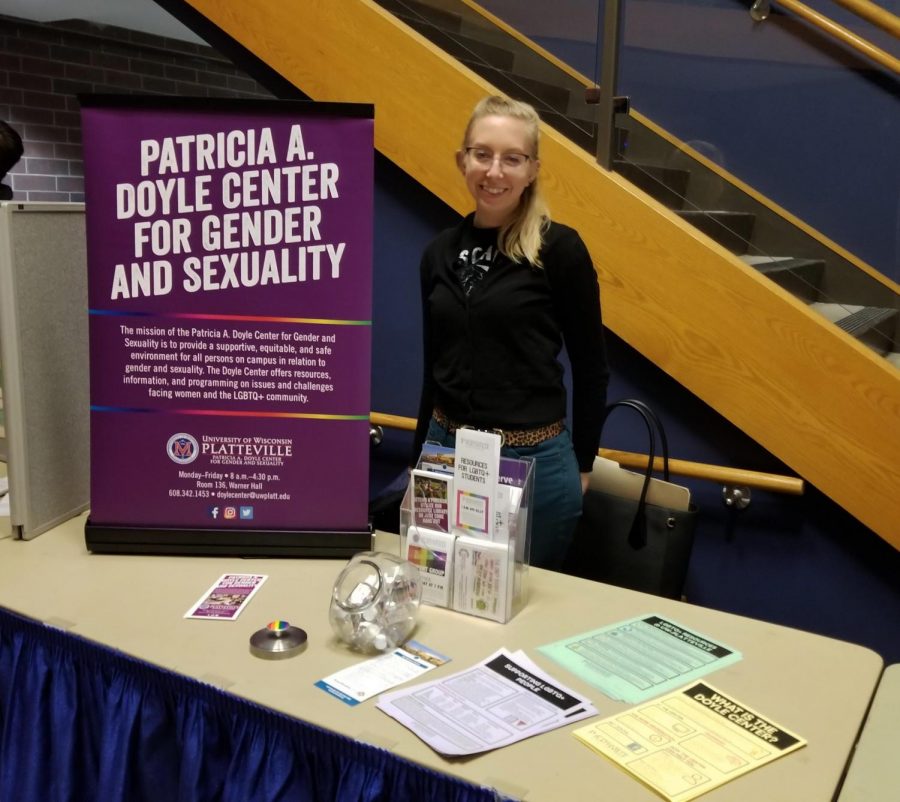 The Love>Hate project is a nonpartisan and non-religious civil rights organization with the goal of ending violence against women. It encourages people to choose love over hate. The project is led by Dr. Buck Blodgett, who started the project in honor of his deceased daughter, Jesse Blodgett. Jesse was murdered on June 12, 2013 by Daniel Bartelt.

“I wanted this [the Love>Hate project] to be her legacy,” Dr. Blodgett said.

In a video interview, Blodgett recounts that “at the funeral [for Jessie Blodgett] I said love will always be stronger that hate,” and that, “the project started when we did the candlelight vigil in West Side Park a month after Jesse was murdered. ‘Love is greater that hate’ was everywhere, on banners, wristbands and signs.”

Since that candlelight vigil, Dr. Blodgett has presented “Messages from Jessie” around 105 times, including at the University of Wisconsin-Platteville’s Center for the Arts. During the presentation, Blodgett tells the audience about the murder of his daughter, what his daughter’s destiny was and what it has become (to end hate in society). When discussing violence, Blodgett focuses on domestic violence. His proposal on how to halt and remove domestic violence from society is to incorporate more love.

“I think if one person can do some sort of act, a small act or a really big act, I think that would create a chain reaction. I think one good person can start that chain reaction,” junior business administration major and president of Student Senate Ali Smith said.

Members of the audience expressed concerns that this focus on only domestic violence does not accurately represent the stated goal of reducing or ending all violence against women.

Before and after the presentation members of the audience had the opportunity to talk to the Doyle Center for Gender and Sexuality, Family Advocates of Platteville and University Counseling Services. These groups were invited to the event as collaborators and resource centers for the audience as a courtesy in case attendees needed to talk through their emotions.

“I could feel a shift in the room [when the presentation showed photos from the crime scene of Jessie Blodgett’s murder], and we were there if students needed us” Paulina Schoenburg, Sexual Violence Victims Advocate, said.

“Everyone has their story, what’s important is getting and feeling support. Everyone has a different way of looking at trauma. An advocate is a believer, and that role starts with believing,” Schoenburg said.

Schoenburg is referencing a quote from the presentation where Dr. Blodgett commented that, in general, the victim of a crime is rarely blamed for the crime itself.

“Sexual assault is one of the few crimes in which the victim is sometimes blamed. In a bank robbery we [society/the law] never blame the teller. In a carjacking we never blame the driver of the car getting stolen,” Dr. Blodgett said.

During a phone interview with the campus radio station, WSUP-Platteville 90.5fm, Dr. Blodgett said that the presentations were a call to action for everyone to change society in their own way.

“A call to action—it’s a call to have people take it to the next level of personal accountability for what they’re bringing into this world. In creating this shared environment, all of us contribute to what happens around us. This violence is a call to action for people to step up and take ownership of their role in the community,” Blodgett said.