The New Wave of Institutional Oppression 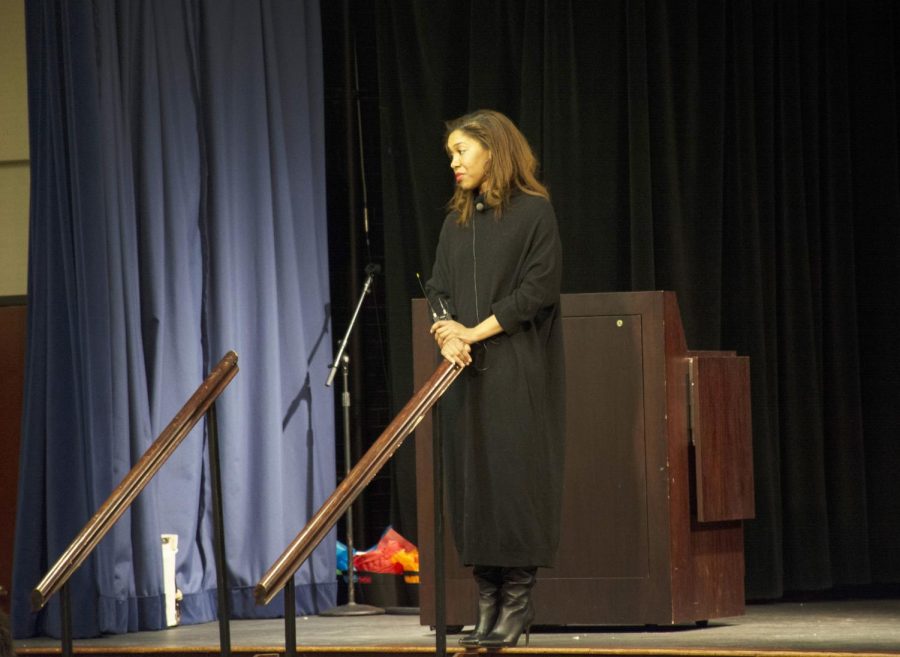 The University of Wisconsin-Platteville’s Black Student Union hosted the 14th Annual Ebony Weekend Conference. The theme for the weekend was new wave oppression, with special focus on common historical forms of oppression and the modern state of oppression.

“I knew under the umbrella of oppression that I wanted to talk about history, things we see today and mental illness because I’ve been focusing on these things personally. I looked for people skilled in psychology and mental illness and found Inger Burnett-Zeigler. I wanted to incorporate Black Lives Matter because they are a huge part of the conversation, so we got Janaya Khan to speak about social justice reform and advocating for yourself. We also have Christy Clark-Pujara, who [spoke] about slavery in Wisconsin,” senior English and media studies major and president and event coordinator of the BSU Vontique Jackson said.

Ebony Weekend was centered around the idea that knowledge is power. True abolitionists have to make an effort to know the history of inequality in America. They also have to sacrifice the unequal peace that the world has settled into and choose how to act courageously.

“I believe that for any group on campus that is passionate about something, it is their duty to inform the public. Our campus is pretty inclusive and supportive, but I feel like if we were just a little bit more knowledgeable about the things that affect each other, there wouldn’t be so many offensive incidents. I hope students walk away with something from each speaker,” Jackson said.

Topics such as slave suffrage, mental illness and the United States justice system were discussed under the highlight of the continuance of oppression. The BSU took it upon themselves to inform others of how African-Americans continue to be subjected to institutional oppression, despite the progression from slavery.

“This is an annual event that happens every February. In the past, we’ve done themes that were light and airy with expressions and art, which are part of the black community, too, but I really wanted to hit hard with oppression and the things that are keeping black people at a disadvantage in society,” Jackson said.

She contends that the full dimensions of the African-American and American experience cannot be appreciated without reference to how black people managed their lives in places where they were so few.

Clark-Pujara emphasized the importance of knowledge and understanding in the fight for equality. She also discussed the difference between being anti-slavery and being an abolitionist, urging the audience to not sit nicely and disapprove of inequality from a distance but to actually be an abolitionist and make a real and active difference.

Saturday provided three different break-out sessions. Some of the topics included 65 Years after Brown v. Board of Education; R Kelly, Cosby and the Myth of Being Railroaded; White Privilege, White Fear and the Enduring Stereotype of the Licentious Black Male; and The Worth of “Beauty”: Toni Morrison’s The Bluest Eye and Beyond.

After the break-out sessions, Janaya Khan spoke about their personal experience with Black Lives Matter, social justice, equality and how to be an activist.  As an International Ambassador for the #BlackLivesMatter Network and a true testament to the transformational power of protest, Khan gave rousing energy to the entire room and explained that you do not have to wait until you are respected and influential to make a difference; rather, you become influential and respected by actively making a difference.

“Somebody/anybody sing a black girl’s song bring her out to know herself to know you but sing her rhythms carin’/struggle/hard times sing her song of life she’s been dead so long closed in silence so long she doesn’t know the sound of her own voice her infinite beauty she’s half-notes scattered without rhythm/no tune sing her sighs sing the song of her possibilities sing a righteous gospel let her be born let her be born & handled warmly.”

This passage sang the message of pain and oppression with artistic effectiveness and paved the way for the keynote speaker of the night, Inger Burnett-Zeigler. Burnett-Zeigler is an Assistant Professor of Psychiatry and Behavioral Sciences, and she received her Ph.D. in clinical psychology from Northwestern University Feinberg School of Medicine. She focuses on mood and anxiety disorders, stress-management, wellness and interpersonal relationships.

The night wrapped up with an interactive performance and speech from Tejumola Ologboni, who goes by Teju the Storyteller. Teju is a storyteller, folklorist and oral historian. Teju spoke on his experience as a youth during the Civil Rights Movement and protesting along with Doctor Martin Luther King Jr. He is a graduate of the University of Wisconsin-Madison with a degree in art and education, and he was awarded a Federal Foreign Language Graduate Fellowship to study African Language at Indiana University-Bloomington.

Teju began his presentation with drums as he taught the crowd a traditional African song.

The theme of water was prevalent in his speech. He said that we are all 80 percent water, so 80 percent of all of us is exactly the same. He then asked why can’t we all get along? He spoke mostly from his own experience, pushing that it is always the young energy and the large throngs of common people that lead the way to change.

Teju ended his presentation by saying when it becomes hard to believe in change, hard to believe that the world can ever be equal, we have to think about the fact that someone changed it to be what it is now, so we can change it back.