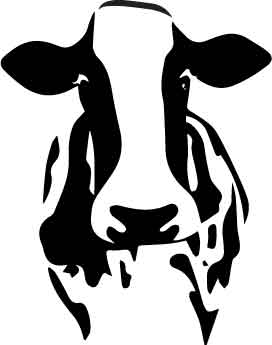 Industry practitioners and faculty teamed up to lead a discussion on how automation is revolutionizing the agriculture industry and what southwestern Wisconsin can do to capitalize on it. The panelists shared their experiences and opinions regarding the impact of automation on traditional labor-intensive agriculture, the nation’s workforce and economy, the challenges to overcome and the future-prospects of robotics in agriculture.

Bernhardt shared that most of his experience came from teaching and from extension.  He explained that lenders and farmers often have one question when looking at new technology; should I invest? Rueth shared that he had personal experience with robotics through his family’s farm. They started with a tie-stall and power-take-off operation but, when help got short, they invested in Lely’s robotics milkers. Rueth helped in the building process and had a hands-on role in starting up the robots and accessories. Their farm has been automated for six years now.

The Winchs started the process of automation in September 2014.  Originally, they were only planning on building a new calf barn. They decided to add an automatic calf feeder, however, at the recommendation of their DeLaval dealer. They have seen incredible health improvements using the automatic feeders and training station, which allows them to monitor their cattle more closely and efficiently.  Computer chips in the ears of the animals let the machines and the Winchs know exactly what the calf wants and when it needs attention. The Winchs also made the switch from a swing parlor to DeLaval robots. Since then, they have noticed a better conception rate and a jump in their milk production.

Hendrickson drew experience from 20 years in the dairy industry, moving farmers from pail milking all the way to robots. As a salesman his main goal was helping farmers justify the decision to invest in new technology.  He shared that farmers often ask—’How does it pay for itself?’ He personally believes that one of the greatest benefits of robotics is more freedom for farmers, allowing them to get off the farm more often.

Addison shared experience from two aspects of his life; growing up on a dairy farm and working in the agriculture industry for John Deere. He remarked that the practices have experienced remarkable changes. Montgomery found that she learned a lot from just trying to stay on top of what’s all out there so that she can share it with her students. She believes that bringing new technology here to Pioneer Farm is beneficial to the farm, the students and the community. Interacting with industry professionals has shown her why automation is important, but there are new questions to be raised;

“We get all of this data from the automation, now what do we do with all of it?” Montgomery said.

Peckham admitted that he has no personal experience with farming or the automation of it. Rather, he was there to speak to the social questions that automation may raise, such as—‘Will there be job elimination? What can we do to help those misplaced by automation?’

Addison made the point that the progression of technology has already been happening. Computer vision and artificial intelligence is being used and constantly developed upon to help farmers examine their crops more closely and accurately. Gone are the days of the lone farmer walking through his wheat field, running his hands along the grain. Now, drones are being used to examine crops using sensors and tractors can operate with little-to-no help from the driver.  Equipment is becoming progressively more autonomous as dealers such as John Deere try to compete with each other to develop the easiest and most efficient technology.

“What is interesting today could be essential tomorrow,” Bernhardt said.

Bernhardt believes that, when it comes to deciding what is essential, it all comes down to producing at the lowest cost.  Farmers are always trying to find the next best thing. Agriculture is a volume business; in his opinion, automation makes it easier to handle these large volumes.

“Automation is a way to save, or revive, the family farms…the cost of automating your farm is already starting to go down as it becomes more popular,” Christina Winch said.

As a mom, Christina Winch has found that automation improves her quality of life and allows her to focus more on the details of farming, rather than just getting the job done. There is more time to pay attention, especially when it comes to her calves, one-on-one, rather than just trying to get the milk fed before it grows cold. Peter Winch agreed with this, commenting that automation is almost like having an extra employee who catches all the things you might miss. He shared that it is a bit of a challenge to learn which data you need to pay close attention to.  However, once you pass that hurdle it is extremely helpful.

She added that the new generation is much more accustomed to technology.  She has found that fewer people want to go into the industry, so there’s less people looking for jobs centered in agriculture.  She believes that this helps to balance the job loss.

Bernhardt shared that automation will increase “cow comfort” while providing a tracibility to consumers, which could create opportunities for producers. Christina Winch added that automation does increase the comfort of the cows, saying that the cows produce more on days that she and her husband stay out of the barn and let the machines handle the farm. Peter Winch agreed that cows are more productive without human interaction.

An audience member asked if there are any negatives or problems that the panelists have faced with automation.  Rueth shared that his family installed one of the first models of Lely robots, and that is was definitely a learning curve. All of the bugs weren’t quite worked out, and they had to figure out the life of the equipment for themselves.  But, all-in-all, he expressed that he is pleased with their decision to automate their farm.

Hendrickson called on his experience as a salesman in the industry, saying that it is often difficult to find a salesman who is willing to learn the ins-and-outs of the technology in order to sell it.

An audience member mentioned that, in some ways, the agriculture industry is “losing its market”. To this, Bernhardt replied that exports are up, but a lot of other areas are down. Nonfat dry milk is used in a lot of products, and cheese is still in large demand—at least here in the Midwest—but the demand for fluid milk is just plain down. In short, he concluded that farmers will have to cater to what the consumers ask for.

Peckham spent some time on the fear that automation will take away jobs. The economist’s approach, he said, to the growing use of technology in industry is asking—how does it affect employment in the different industries? He explained that all of the ripple effects of these changes have to be taken into account; the indirect influences are important. He supported that robots and automation will increase productivity, which will, in turn, reduce costs.  More jobs will be made available to replace some of the lost ones, jobs that will be more complimentary to the automated industries. There will be more buying, then, from the general public, which will cause general prices to go down.

“There is little reason to fear that automation will take away all jobs,” Peckham said.

In fact, Peckham supports that automation will probably make more jobs regarding machines, like running, overseeing and sanitizing. The most important thing, he warned, is helping “the losers”, or the ones who will lose their jobs. Policy needs to be formed to extend education and retraining to those misplaced by automation.