Arts and culture planned for Platteville

City of Platteville assembles committee to “raise quality of life” 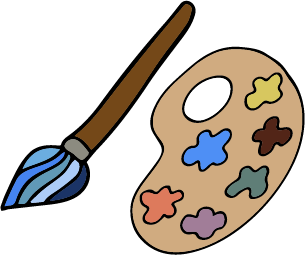 The delayed reopening of the Rountree Gallery is scheduled for early March in its new location on 120 West Main Street. The Rountree Gallery was formed about 40 years ago by an art student as a senior project and was kept open by the City of Platteville until recently, when the gallery was taken off the city’s budget. The gallery has been hosted by the Platteville Public Library during their transition to their new Main Street location.

This spirit of cooperation has helped form a committee in Platteville called P.A.T.H. (Platteville Arts Trails History) whose primary goal is to increase the quality of life in Platteville and boost tourism through promoting the visual arts and culture around the town.

“When we were putting the group together, we liked the acronym and the intonation that paths connect people together,” member of the Rollo Jamison Museum Angie Wright said.

P.A.T.H. is comprised of local leaders from around Platteville, such as officials from the Rollo Jamison Museum, the Rountree Gallery and liaisons from City Hall and the Platteville Public Library.

“P.A.T.H. is a community partnership to explore what assets Platteville has and to enhance those assets. We are also trying to increase livability [in Platteville] through arts and culture,” Wright said.

Since the committee’s inception in September 2017, P.A.T.H. has applied for and received two grants, one from the National Endowment of Arts for $2,500 and another from the Grant County Tourism Program, also for $2,500. P.A.T.H. plans to fundraise more money for an event called Chalk and Cheese planned in June.

Tentatively called Chalk and Cheese, the event is intended to be an outdoor experience where artists and attendees of the event can draw with sidewalk chalk and enjoy local music with Wisconsin made cheeses. Most of the $5,000 grant money will be going toward this event.

Food trucks, outdoor games and other kinds of visual arts are planned to be at the event. The Chalk and Cheese is modeled on similar events from across the United States, and the goal is to have as many attendees as possible and to feature artistic engagement from business owners and community members.

“I think it’ll help community pride and make Platteville a better place to live, work and play. I think it’ll improve the quality of life and improve the economy, which helps attracts tourism,” Wright said.

The P.A.T.H. committee and its plans are still developing, but they are putting a lot of their money and effort to organizing the Chalk and Cheese event.

“We don’t want the plan [to promote arts and culture] to sit on the shelf, we want people to keep it alive and active,” Wright said.

Future plans and events of the committee were not discussed, but they reconvene o