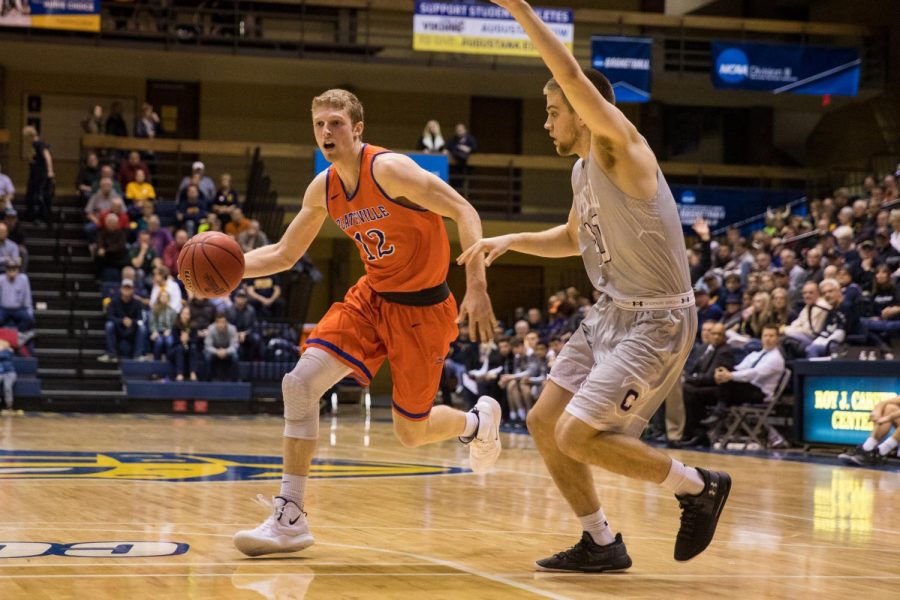 Last Friday, Augustana College in Rock Island, Illinois, hosted the University of Wisconsin-Platteville Pioneers men’s basketball team and the Capital University Crusaders from Columbus, Ohio, in the first round of the NCAA Division-III Men’s Basketball Championship. The Pioneers entered the tournament hoping to add to their four national titles while the Crusaders were trying for their first title.

The game began slow with the Pioneers only scoring three points in the first four minutes. The Crusaders struggled on offense, and the two teams were never separated by more than six points. The half ended with the Pioneers trailing 26-32.

The Pioneers started the second half by outscoring the Crusaders by taking a 39-36 lead. The lead switched 12 times during the game, with neither team pulling ahead very far. The Pioneers held a 67-60 lead with 3:28 left but allowed a series of scores by the Crusaders, leading to a 69-69 tie at the end of regulation.

In overtime, the Crusaders got an early lead. The Pioneers nearly put up a last-minute equalizer but fell 76-77 in the end, eliminating UW-Platteville from the tournament. This was the Pioneers’ first back-to-back NCAA tournament appearance since the 1998 and 1999 seasons.