Spoiler Ban Lifted: Reading between the lines to find references, hints and nods 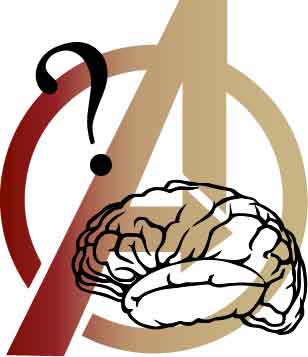 “Avengers: Endgame” has now been out for two weeks, and the Spoiler Ban has been lifted. (Consider that a warning as there WILL be significant SPOILERS in this.) As such, it’s time to run through all the Easter eggs from and crazy theories about the film:

First and foremost, Stan Lee’s final cameo was as an anti-war protester drive-by mocking the soldiers outside the New Jersey army base where Steve Rogers became Captain America. He shouted, “Hey man! Make love not war!” at the guards from his car before speeding off with his passenger.

Scott Lang’s “Time Heist” is a reference to the “Doctor Who” episode of the same name.

In the first scene featuring Thor after the five-year cut, Korg – the Kronan that the God of Thunder befriended during “Thor: Ragnarok” – appears playing Fortnite and is portrayed by Taika Waititi, the director of “Thor: Ragnarok.”

When Steve passes the shield to Sam, it mirrors the storyline from the comics, where the shield was passed on from Steve to Bucky to Sam. The nod to Bucky as Captain America in the comics appears when he tells Sam to go ahead, rather than greeting his friend himself.

Just before the shield-passing scene, the lines between Steve and Bucky (“Don’t do anything stupid until I get back.” “How can I? You’re taking all the stupid with you”). are identical to those in the scene in “Captain America: The First Avenger” when Bucky leaves for Europe, only reversed in who says them.

Finally, the sound heard at the end of the credits harkens back to the first “Iron Man” movie, where Tony works on his suit in a cave at the beginning of the movie. Thus, the story of the Marvel Cinematic Universe ends in the same way it began.

Based on the concept of the Iron Spider suit Tony Stark gave to Peter Parker in “Avengers: Infinity War” and the gap left with Tony’s death, it seems likely that Spiderman will rise to fill his role in upcoming MCU films.

Bucky knew that Steve wasn’t coming back after he was sent to return the infinity stones to their timelines, which is supported by his lack of concern after Steve doesn’t return and him being the one to first notice where Steve was sitting.

The scene where the Ancient One is defending the Sanctum during the attack on New York in 2014 serves as a welcome retcon regarding why the wizards didn’t help during the first Avengers movie, neatly tying up a continuity error.

During the amassing of the armies in the final battle, Valkyrie rides in on a Pegasus above the seeming resurrected Asgardian military, which was effectively wiped out by Hela during the events of “Thor: Ragnarok.” This seems to imply that Bruce Banner brought back more than just those taken by “The Snap,” especially since the army marches out of a seemingly restored Asgard, which is visible in the background of the portal. Naturally, this begs the question of where Loki and Heimdall are, since it’s likely they would have been brought back as well in that situation.

When Doctor Strange finally reveals to Tony that they are in the winning timeline and holds up one finger, he follows through on what he said about choosing between Tony, Peter and the stone by sacrificing Tony.

Many scenes from “Avengers: Infinity War” returned in “Avengers: Endgame,” but reversed. Examples of these scenes are Peter Parker holding and standing over Tony as he dies and Thanos sitting in defeat in the same way Tony did at the end of the last movie.