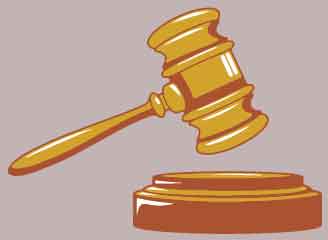 With the school year well underway, Student Senate has been busy addressing several issues on campus, including the university website, which has received criticism from students and faculty after being revamped last school year. After meeting with members of administration, Student Body President Ben Behlke released the following statement:

“Although the website may not be in the best form at the moment, I have been very pleased with administration, how open they have been for change, and how positive they have been towards criticism. Elliott Manuel and I have met with Karen Adams, the Director of Marketing, and the new direction for the website is very exciting.”

Student Body Vice President Kurstin Frey has also began sitting in on the Website Advisory Group, which is a committee dedicated to improving the website and determining the website’s future. At Senate’s Oct. 7 meeting, Provost Jonne Wilson, Dr. Susan Hansen and librarian Todd Roll came to discuss library hours. As April’s Student Governance Elections suggested students would like to see the library stay open later. Senate has been working with administration to find ways to keep the library open longer. The Administration has stressed that the largest issues are feasibility and security, as the library must operate under a budget each school year and there is a security threat for students in the library late at night.      Senators gave several possible solutions, including limiting the library to one floor and restricting access to the library with the use of Pioneer Passports past 10 p.m. Student Body President Ben Behlke stressed that, as many students work at night and may not have access to a computer, their only option to study may be after 11 p.m., and keeping the library open later will benefit these students academically.

If you  have any feedback on the website, we encourage you to share it at an upcoming Senate meeting. Student Senate meets Mondays at 5 p.m. in the University Rooms at the Markee.