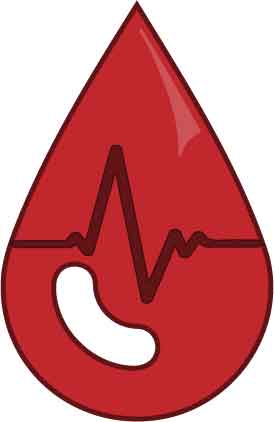 Residence Hall Association president Jake Bain, who was one of the volunteers checking people in, said, “Our overall goal last year was 628 units, but our final total was 649 units. Our overall goal this year is also 628 units.”

“This year got off to a rocky start. We were below the daily goal on both Tuesday and Wednesday” said Bain. “However, we managed to shatter and surpass the Thursday goal.”

Many students normally feel apprehensive about donating blood. Bain, who donated Wednesday said, “ I used to get anxious before giving blood, but after doing it so often, I feel more at ease about the process. I trust the American Red Cross staff and I know that they will do the best possible job and make sure I am okay through the process.”

The blood drive is not without controversy. Not every group of people who want to donate blood can do so. Gay Studies Coordinater Dr. Pip Gordon said, “Gay men haven’t been allowed to donate blood or plasma, since the mid-1980’s.” Gordon explained that this is because of an assumption that gay men are more likely to have HIV.

“I think the LGBTQ community is having issues with blood drives because of these two things being big parts of today’s national bigotry: fear of gay men and false assumptions about sexual diseases,”  Gordon said.

Gordon gave the example of a mass shooting that killed 50 gay people at an LGBTQ nightclub in Orlando, FL, to show what he’s talking about when he says “national bigotry.” Even after that tragedy that directly effected the LGBTQ community, gay men were turned away from local blood banks because of the federal ban on gay men donating blood.

Despite this controversy, organizers feel that donating blood is important.

“Giving blood literally saves lives,” said biology major and Rotaract Club president Alexis Hoffman. In an e-mail she sent to encourage support of the blood drive, she wrote that “The Red Cross is an organization that has had a legacy of impacting lives internationally for 138 years, and it is campuses like UW-Platteville that keep their mission possible.”