Violence and discrimination against trans people is our problem 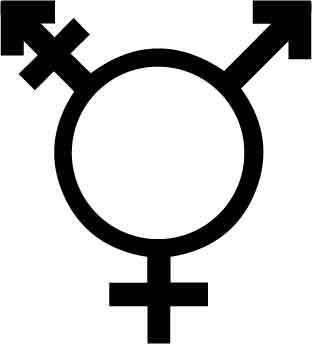 On Wednesday, November 20, members of our campus community will join the annual nationwide commemoration of Transgender Day of Remembrance. As of late October, the number of confirmed murders of trans individuals had exceeded 20 victims for at least the third year in a row. Trans women of color account for a disproportionally high number of these victims each year, though trans men and women and all non-binary identifying people from across a range of ethnic and class backgrounds appear on the yearly lists of victims compiled by organizations such as the Human Rights Campaign and news outlets like “The Advocate.”

This data likely underestimates the number of murder victims because medical examiners and investigators often misgender victims based on external genitalia; the victims, of course, no longer have the capacity to speak for themselves. Also, murder statistics only record deaths, not other acts of violence against trans and non-binary people, nor the daily discriminations endured by the community due to the tacit acceptance of anti-trans rhetoric by our society at large.

Each year provides many reminders of the violence trans and non-binary people face in our country, but it is far too easy to think of transphobic violence as something that happens somewhere else and doesn’t directly affect us in Platteville.

While many of us recently enjoyed the campus production of “The Rocky Horror Show” and many more of us will holler and dance during the upcoming drag show at the annual Rainbow Rave on Saturday, November 16, it is worth pausing to consider: do we really embrace non-cisgender identities, or do we just enjoy watching them on a stage for our entertainment? Once the show is over, when real people must continue living real lives in a society often unsettled by non-cisgender identities and often tacitly willing to condone violence against trans and non-binary people, do we forget about the issue and just consider it part of that vague thing called “diversity”?

There is a local angle to this year’s Campus Climate Book Club selection, “The 57 Bus.” Last year, when a high school teacher included the book in class in the Prairie du Chien school district, outraged parents and fellow educators objected to it on the premises that it is about a “transgender” character and that using “they” as a singular pronoun made the book difficult to understand for its bad grammar. The book is about an agender teenager named Sasha who uses they/their/them pronouns for their identity, an acceptable usage recorded in numerous dictionaries. The book is also about how one teenager, assuming Sasha’s identity made them an acceptable target, set Sasha on fire on a public bus one day.

The most basic message of the book is simple: Do NOT set people on fire. And yet, at a nearby school district, parents and even fellow educators were debating proper grammar and were freaked out over the very idea of gender difference. They wanted to remove the book from the school.

Sadly, Wisconsin has provided far too many reactionary examples of anti-trans hate. Near Kenosha, a trans teen, Ash Whitaker, had to go to federal court to stop being bullied by school administrators seeking to  prevent Ash from identifying as trans on school grounds. An unidentified resident of Mt. Horeb called in the Liberty Council, a bona fide hate group based in Florida, to prevent a reading of the trans-inclusive children’s book “I am Jazz” to a class of kindergarteners when a classmate, with parental and administrative approval, attempted to attend school as openly trans. Our former governor spent their last year in office trying to prevent trans health care from being included in state-sponsored insurance programs.

These examples are all just from the last five years; nor do they represent an exhaustive list of the micro- and macro-aggressions visited upon trans and non-binary people in this state. Any one of these examples should give any decent-minded person pause to wonder “what the hell is wrong with us?” and “why can’t we do better?” Taken together, they should for all of us lead to nothing short of shame.

Next week, make a point of thinking about Transgender Day of Remembrance, not as a diversity event sponsored by diversity advocates on our campus, but as an important commemoration explicitly and directly relevant to all our lives here and now. We live in a place right on the edge of the most egregious discriminatory practices against trans and non-binary lives. It is our responsibility to make sure that incendiary hatred never has a chance to flame.