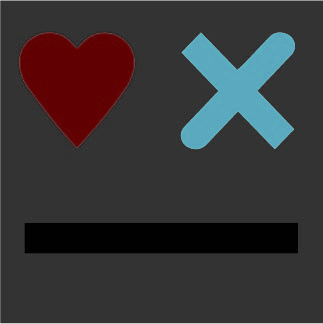 On March 15, 2019, Netflix released an 18 – episode adult animated anthology. An exciting collection that blends the genres of science fiction, fantasy, horror and comedy, these shorts are presented in a variety of invigorating animation styles. Recently, Netflix announced the series’ renewal for a season two. I am beyond ecstatic, and here’s why.

The anthology has something for everyone – a style to fit every taste. Some episodes feature simplistic, rough-around-the-edges animation styles, while others fully embrace new technology to create extraordinarily realistic 3-D animations using real actors. It is haunting how real some of these episodes feel.

For instance, I remember watching “Beyond the Aquila Rift” for the first time and wondering how the creators could make their characters’ faces look that real- it’s absolutely uncanny in the best possible way. This elevated level of accuracy and detail comes from the use of a Head Mounted Camera (HMC) from the leading facial performance capture company, Dimensional Imaging (DI4D).

Though these incredibly realistic shorts are fascinating, the more traditional animations are not lacking in shock value. The shortest pieces in this collection are roughly six minutes long, while the longest generally last around 17 minutes. While this may seem unfair, time has little-to-no impact on the punch of the episodes, either. Featuring garbage monsters, space farmers, sex workers and six alternative timelines for six corresponding deaths of Hitler, this series is not for the faint of heart.

“The whole goal of this series was to bring this wealth of great short stories and marry them with some of the great work that’s being done around the world in animation, and then do it for adults,” creator Tim Miller said in an interview with Netflix discussing the process of making an animated anthology for adults and pushing creative limits.

The content reaches so much further than just love, death and robots. One of my favorite episodes, “Three Robots”, satirically comments on human hubris and the fatality of our own ego. Another completely elusive episode, “The Witness”, is so twisted and rich in imagery and symbolism – it is impossible to know the true intentions of the creators, and it leaves watchers both clueless and completely invested. This series absolutely rocked my world.

The first episode that I saw, “Sonnie’s Edge”, convinced me that this collection was worth both my time and my undivided attention. Still one of my favorite shorts today, it features LGBTQ+ characters and is incredibly empowering for me, as a female, to watch.

Warping the ideas of time and space, setting and circumstance, each short can stand on its own, and there is no particular order in which the audience must watch them. In fact, it is so much cooler to keep switching up the order and rewatching, trying to find the threads between each episode and piece together the entirety of the work like a puzzle.

“It’s about horror, it’s about sci-fi, it’s about fantasy, it’s about genre. They’re a chance to do something that’s more adult that you don’t see normally in animation,” Miller said.

And, while the series is rich in genre, animation and message, it also crosses cultural borders with ease. “Good Hunting” is a beautiful example of the blending of culture and genre.

“We like the fact that everyone brings their own little cultural idiosyncrasies and interpretations to the project. It was a joy. Language isn’t really such an issue, and creativity kinda translates across all dialects,” Miller said.

My top three episode suggestions are: #3 – “Three Robots”; #2 – “Sonnie’s Edge”; and finally, #1 – “Zimma Blue”. These three shorts provide a good taste of how flexible this collection is, working with everything from satire to science fiction.