The Internet of Things: Pioneer talk on the Future of Technology 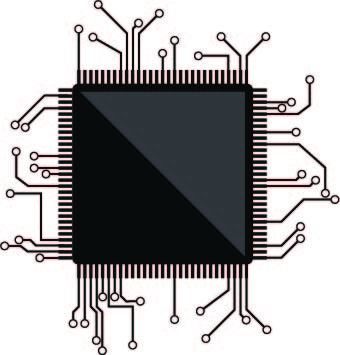 On Feb. 12 a panel of industry professionals gave a Pioneer talk on The Internet of Things in Nohr Gallery. The talk focused on how connected devices are changing the manufacturing and maintenance of “smart” devices.
“What if a bridge could ‘tell’ us it needed repairs, and where it needed them,” asked panelist Dr. Hal Evensen of the UW-Platteville engineering physics department. This idea of creating a communication network between devices is the basis of the concept for the Internet of Things (IoT).
The of IoT is accomplished through cheap and powerful technology, often called “smart” objects. These smart objects utilize sensors and a microcomputer to relay information across a wireless network or through Bluetooth.
As an example of an affordable model for IoT, Evensen described a smart object that costs less than $20, is able to read 28 sensors, can join or create wi-fi networks and can connect to Bluetooth.
With IoT becoming ever more present in technology, the university curriculum must be updated to keep up with the changing technology. Evensen explained that UW-Platteville will be creating an IoT workshop, with financial support from the UW-System, as well as industry representatives.
This curriculium update will include an IoT “test bed” housed inside Sesquicentennial Hall to be built by UW-Platteville in 2022. This test bed will support “not only advanced automation, but it’s also going to be a nexus where we can support other IoT-related efforts on campus,” said Evensen.
The second panelist to speak was Morgan Lowery, a tech strategist at i3 Product Development. Lowery described IoT as “the ability to move information from a less valuable location to a more valuable one.” Using examples from his experience with i3, Lowery focused on how companies can adapt their business models to effectively incorporate IoT.
The first example Lowery gave was about a company that wanted to implement IoT as a feature, rather than a tool to solve a problem. A manufacturer wanted to include internet connectivity as a feature for a slow cooker. The company did not have the business model to support the product, and i3 had to be contacted to fix connectivity problems.
The second example was a manufacturer of scales that had been using paper output and wanted to update. The manufacturer asked i3 to implement IoT technology in order to output the scale data to a network. The reason this company was more successful in their implementation of IoT was that i3 only had to modify existing scale technology.
Lowery explained that challenges arise for companies that try to “fit [IoT] into a business model that they have been working on for a long time, rather than fitting their business model around [IoT].”
The third speaker was Nick Bollweg. Bollweg works in John Deere’s WorkSight and Foresight departments. Bollweg spoke on how John Deere is currently using IoT to optimize their business.
Bollweg explained that many of John Deere’s machines have already implemented IoT technology to transmit data more effectively. A vehicle in the field can report diagnostics to a technician in the shop, saving the company time.
Bollweg also emphasized that the new technology should support what the user is already doing.
The final speaker of the evening was Wilkistar Otieno, associate professor and department chair of industrial and manufacturing engineering at UW-Milwaukee. Otieno gave a brief history of industrial production, as well as the direction the industry is headed, including the direction of IoT. Otieno also gave several notes from Michael Cook, a Rockwell Automation representative who was unable to attend due to illness.
According to Otieno, the rising population will create an increased demand in industrial technologies, as well as more capital to spend. Therefore, IoT could overall generate up to 11.1 trillion dollars in value by 2025, with most of that value being in factories.
Otieno also explained how parametric data within the production process can increase efficiency in preventing defunct products. RFID scanners allow manufacturers to quickly gather data from a product to provide same-day fixes on mistakes.
Pioneer Talks is an ongoing series organized by the Provost’s Office and modeled after the popular Ted Talk series. Pioneer Talks are held in Nohr Gallery on Wednesdays starting at 5:00 p.m., except for this week’s talk, which will be held on Feb. 20. This week’s Pioneer Talk is titled “Truth, Fiction, & Archaeology.”