A discussion on the legacy of assassinations in Latin America 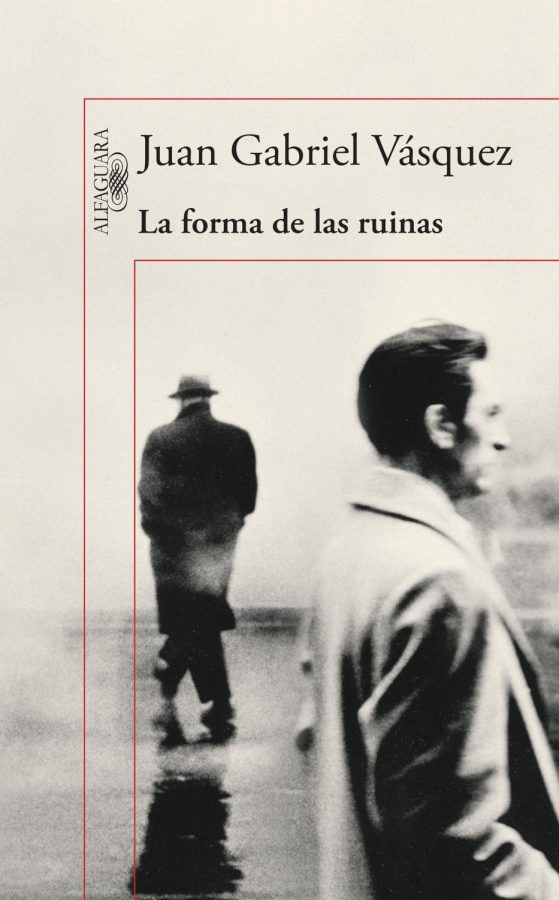 Dr. Chris Schulenburg and Dr. David Krugler hosted the UW-Platteville Liberal Arts and Education (LAE) Faculty Forum on March 5, 2020 titled, “Talking Bones-The Writing of Assassination in Colombia.” Schulenberg, a professor of Spanish, and Krugler, a professor of history, discussed the obsession with assassinations in Latin America and in the United States through the novel called, “The Form of the Ruins,” by Juan Gabriel Vasquez. Vasquez uses fiction and storytelling to understand the history of the violence and assassinations in Latin America.
“We have to start from today and work in reverse. A linear narrative in Latin America doesn’t exist,” Schulenburg said. One reason Schulenburg gave for this need for non-linear storytelling in Latin America is the culture surrounding death. The frequent portrayal of spirits in Latin American fiction means that death, as Schulenburg says, “there is never the end. It is always a circle.”
This type of storytelling has been popularized by many Latin American authors through the use of magical-realism. Magical-realism is a literary technique which Schulenburg describes as, “having a face that looks realistic and having something strange around the corner.”
Schulenburg used examples from Latin America in which the narrative surrounding an event became part of its history. He used the real-life examples of the death of Evita Parron and the assassinations of Leon Trotski, El Presidente Uribe Uribe and Jorge Eliecer Gaitan. The history regarding these events is shaped by the fiction surrounding them. The identity of the assassin who killed Uribe Uribe was never confirmed; Colombian officials lost track of the killer, despite Uribe Uribe being a political figure and a large target. It is also unclear if Gaitan’s assassination was personally or politically motivated; he was a political outsider who gained power quickly, causing him to be a target.
The plot of “The Form of the Ruins” sees Vasquez making connections between the assassinations of Uribe Uribe, Gaitan and John F. Kennedy. A fictionalized Juan Gabriel Vasquez serves as the narrator. The choice to include a fictional character that shares the name and profession of the author may seem strange, but it is emblematic of the idea that the line between history and fiction is often blurred.
“All of these ideas have to be considered elastic,” Schulenburg said.
Following Schulenburg’s presentation, Krugler presented on why history has a need for a narrative. When history is written as a purely factual recall of events, there is a loss of empathy in those who study it. The reaction of many is to see these events as having happened so long ago that they no longer hold relevance.
“What do we do with a past that is so painful, so terrible, our human instinct is to turn away,” said Krugler. Krugler used examples of the lynchings in the United States and the death camps of the the Holocaust to emphasize this point.
It is for this reason that historians have a need for novelists, artists and interpreters of art. Without them, the personal connection to these events is often lost or ignored. Krugler also described the advantage literature has in telling a story without a strict chronology.
“History is constrained by its need to be timed,” Krugler said. Krugler also presented the idea that when it comes to trauma, a chronology is not always followed, which is where “story-truth” has the advantage.
“When historical truth is impossible or unbearable or unbelievable – and when historical memory becomes distorted – we need story-truth,” Krugler said.
The LAE Faculty Forum Series began in 2004 and is sponsored by the UW-Platteville College of LAE. The next Faculty Forum is scheduled for Thursday, April 2 at 5 p.m. The topic for the next forum is, “Moral Luck and the Justification of Legal Punishment,” and will be presented by Dr. Yi Tong, lecturer of philosophy, and Dr. Patrick Solar, associate professor of criminal justice. For more information, visit the Faculty Forum webpage.