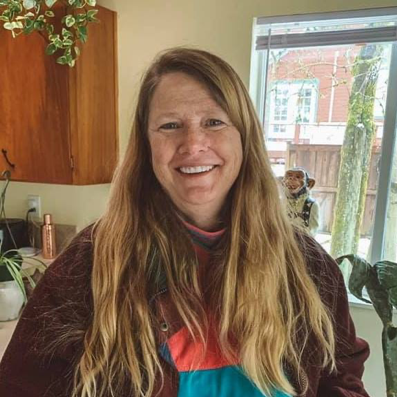 Terry Burns, a professor in English, will be retiring from UW-Platteville after 26 years at the university.

While in Texas, she also taught at Texas A & M and Houston Community College.

In 1994, Burns came to UW-Platteville to teach technical writing and has been able to expand to other English courses such as College Writing I, College Writing II, Teaching English as a Second or Other Language courses and gender and ethnic studies courses.

“One of the things I’ve loved about being here is that I’ve been pretty much able to teach whatever I loved to teach. I’ve also directed the Women’s and Gender Studies Program, the Ethnic Studies Program and for nine years (one three-year stint and one six-year) I was chair of the Humanities Department.”

Burns has been the advisor for “The Exponent” for the past two years and has been involved in student writing internships, the creative writing contest and faculty governance.

She has also been a part of the joint program with UW-Platteville in Wuhan, China, teaching at the South-Central University for Nationalities.

How did you become interested in the field in which you taught?

“I really don’t know. I never was not interested in it.

When I was much younger, though, I absolutely didn’t want to teach. I remember my dad telling me that ‘teaching is your mother’s family religion,’ because they were all teachers. I vowed I wouldn’t be. Guess I was wrong.”

“I put myself through grad school as a teaching assistant, and by the time I realized how much experience I had, I also realized it was what I wanted to do…. well, besides writing ‘the Great American Novel.’ Maybe I’ll get back to that after I retire.”

What are some fond memories of your time as a college instructor?

I do think the highlight of most professors’ professional lives is when you see your former students down the road and see them doing well.

A lot of my fondest memories are of remembering someone who was doing well — or, who was struggling — in class, then seeing them years later, seeing the kind of person they’ve grown into.

That’s truly rewarding, much more so than good class evaluations (though those are also nice.)

One of my favorite recent memories was Professional Writing Day last fall, when many former students came back to share what they were doing now. I loved Kelsey Bigelow’s answer to ‘What can you do with an English major?’ ‘Anything I want!’ was her answer.”

“Lots of it, but they sound like platitudes. But since you asked, here goes:

Money can’t buy happiness, but poverty guarantees misery. Try to balance doing what you love with doing what you can afford. Having said that: remember that the world needs your light and your art, not for money, but because it is yours. You ARE the hope for tomorrow.”

Do you plan on retiring from teaching entirely, or do you plan to move to another institution after UW-Platteville?

“I plan to spend at least the next year finishing writing projects. I’ve wanted to have time to do nothing but write and travel for my entire life, and now I can do that (even if it’s socially-distanced traveling in my car.)

I hope the university will let me come back part-time in a year or two, but part of the retiring is accepting that there are no guarantees, so better do what you want now, while you can.”