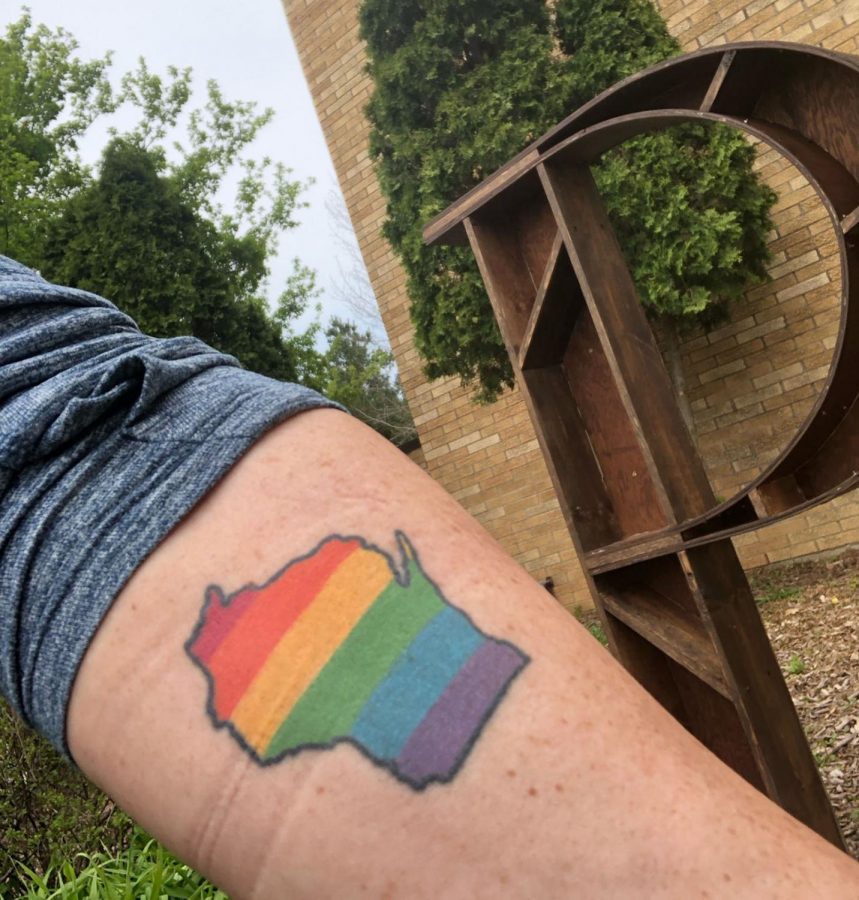 Last week Dr. Phillip Gordon, a professor of English here at UW-Platteville, gave a presentation on LGBTQ history in honor of October being LGBTQ history month.
He began by sharing that, in the summer of 2020, the U.S. Supreme Court issued a ruling focused on discrimination against people in the workplace based on sexual orientation and gender identity. Known as the Bostock ruling, this collection of cases ended with the Supreme Court deciding that a law from the 1960s could serve to protect LGBTQ people.
Now, for the first time, LGBTQ people have some federal work protections that they were not previously granted.
“At this moment in history there has been a significant change in what it means to be an LGBTQ member of the United States,” Gordon said.
Gordon presented as a glimmer of hope for the LGBTQ community that a conservative court found that Title VII of the Civil Rights Act of 1964 protects queer individuals based on protections from workplace discrimination upon the basis of sex. However, while this is an enormous breakthrough Gordon reminded the audience that this new federal protection applies only in the workplace; protections have not yet been tested when it comes to matters like housing or higher education.
At this point, Gordon introduced a quote by Martin Luther King Jr.; “The moral arc of the universe is long, but it bends towards justice.” According to Gordon, twentieth century American history is perceived as “a teleological march from oppression towards freedom.”
Gordon shared that queer history goes back thousands of years and is applicable to all societies and cultures around the world. It’s easy to tell queer history as if there has been a steady path from oppression to justice, but that is not often the lived experience of the LGBTQ community.
“The only way to tell this history is to tell the entire history of human kind,” Gordon said.
Gordon explained that the terms we use to describe LGBTQ history often exclude people. The context of queer history can be hard. Queer people often hid their lives as it was not safe for them to be openly queer.
So what evidence can we look for when trying to discover queer people in the past? Gordon himself has recently published his work on the identity of the American writer William Faulkner, who Gordon feels expresses sensibilities only a queer person could understand.
“People construct these mythologies that there’s only one way to view a life and then they erase from history any other ways of seeing,” Gordon said.
He shared that one significant boundary for those trying to uncover the queer past is the way that information gets suppressed in archives.
Gordon turned the discussion to historiography, or the study of history. He explained that the standard historiographical story is “the great man history.” An example of this narrative can be seen in the way that periods in Europe are named after leading men. Another way of tracking history is the diachronic history, otherwise known as “gays through time.” If we gaze through time, we can we see queer people at every point.
An epistemological view of history warns that, at any given moment, we have to be very careful claiming a historical figure for the queer community. Gordon stipulates that we cannot appropriate historical figures with contemporary terms.
Perhaps the most straightforward way of finding the LGBTQ community throughout the past is by studying legal history, as arrest records record queer people’s existence throughout history. Collectively they can help us understand queer identity in the past.
Gordon shared that historical events such as the Stonewall Riots in June of 1969 mark significant moments in gay liberation.
The question Gordon posed was this: who might we be leaving out in conversations about LGBTQ history? Well, who threw the first drink at Stonewall? The answer: a black, trans woman named Marsha P. Johnson.
The fact is, according to Gordon, that we have tended to focus on white, cisgender, male homosexuality throughout queer history. A variety of gender identities, races and ethnicities have always been present and active; however, they are not often acknowledged or represented. The history of gay liberation has effectively been white and gender washed.
Gordon went on to explain that sex and gender are terms unique to our time and place. However, all cultures and societies have had some version of these concepts, and queer people have always existed.
“The long, shared history of the LGBTQ community is measured by the eternal apparition of otherness in relation to norms of gender and sex,” Gordon said.
In fact, Gordon shared that the word “homosexual” was coined in Germany in 1869 by psychologists in order to diagnose a mental illness. Prior to the name, there was no identity. “Queer” didn’t mean “homosexual” in 1915.
Although this is the case, Gordon emphasized that we cannot pretend that queer people have no history. There is a visible history of people caught, tried and punished for their sexual or gender identities. We can’t know about people who were purposely excluded from visible history.
In 2013 and 2015, two cases argued before the U.S. Supreme Court established same-sex marriage rights, which many gay and lesbian rights organizations saw as the end-goal for all gay liberation. However, rights based on gender identity were not resolved by this case. There is still quite a bit to work for.
In Oct. 2020, two sitting members of the Supreme Court signaled that they believe marriage equality was wrongly decided and welcomed challenges to it.
“We have always been here; we will always be here – this is the story we must tell,” Gordon said.