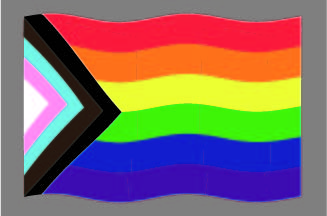 At the start of 2020, many people who are a part of the LGBTQ+ community in college were expressing themselves and bonding with others in their community. However, in mid-March, during spring break for many campuses, students were sent home for public health safety. Many students across the United States do not have accepting families. Those like Tyler from Cleveland State University, who had started hormone replacement therapy two months before the pandemic felt that “my sense of community was ripped away all at once. The conversations I had with my parents were conversations I was not prepared for, especially being on hormones. For a while, it was like I was regressing back to my high school self at home.”
According to Ideastream, youth and young adults have shown higher levels of depression and anxiety since the stay-at-home order was issued. With members of the LGBTQ+ community already at a higher risk for mental illness and substance abuse, this pandemic has caused many to feel trapped in unsupportive households with few options for reaching out to others in their community.
However, groups like one n ten, a non-profit organization providing aid for LGBTQ+ youth, have become a great asset for the community. One n ten has provided housing for 18- to 24-year-olds seeking shelter and a way to connect during the pandemic. They host live streaming on Twitch and have a Discord for those in the community to connect to each other.
“Allowing people to express themselves freely, and openly, and accepting them for that even if it makes you uncomfortable is really important,” chair member for the Arizona Democratic Party LGBTQ Caucus Blaise Caudill said.
To the youths around the country, having even one safe space is better than none. Though this pandemic has made it hard to find safe spaces, they are still there, supporting the community in any way they can.