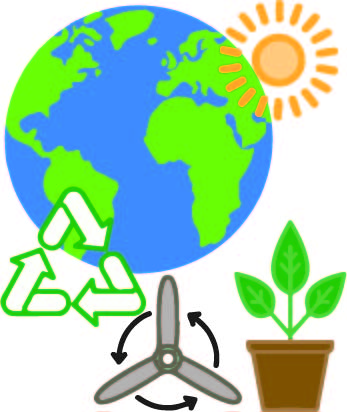 Throughout the world, 8.3 billion metric tons of plastic has been produced, and 79% of that plastic has ended up in our environments. Zero waste efforts can lead to cleaner air to breathe, plentiful farms and agriculture, clean water and, in the end, healthier lives for the inhabitants of earth, people! The big question is, should the production of non-biodegradable plastics be stopped completely, or should consumers recycle and use more zero-waste tactics?
Atiq Zaman, Curtin University Sustainability Policy Institute, and Peter Newman, an environmental scientist and professor of sustainability at Curtin University, conducted a study where they asked, “should … waste be minimized through the zero-waste agenda or banned through the toxic-waste agenda?” They looked at the practices of zero-waste at the different levels of community, like family, businesses, and city. They also looked at the need to eliminate toxic plastics. They found that there was a need for both eliminating plastic entirely as well as practicing zero waste at home for the most effective results. Their findings suggests that zero-waste practices should be implemented in order to properly handle the plastic currently in circulation, then putting a ban on toxic/non-biodegradable plastic to stop any more from coming into circulation and ending up in environments.
An interview with Boris Kleemann, Senior Manager at E.ON, talked about how people can become more sustainable. Some basic changes are driving a fuel-efficient car, limiting flying by taking the train more often and recycling and separating waste properly. Many of these things are more cost efficient as well. For instance, taking the train rather than flying would cut the carbon dioxide produced in half. This is because a train is made to carry hundreds of passengers, therefore the emissions per passenger are lower. Other easy steps anyone can take on the road to becoming a zero-waste planet are composting, buying food and products from bulk stores with less plastic packaging and looking for zero waste alternatives. Some zero waste alternatives are reusable paper towels, organic loofas, reusable kitchen sponges, reusable cotton pads and cotton swabs and many, many others. These alternatives will also keep more money in consumer’s pockets by only having to buy them less often. “Americans use around 13 billion pounds of paper towels each year. This is equivalent to 40 pounds or 80 rolls per person per year.” This can be cut down by families switching to paper towels made of cotton or flannel material, which cost around $40 for a set of 15 reusable paper towels. Or they can switch to paper towels made of fast-growing bamboo that have the same properties as normal paper towels from which they come from regenerates much more quickly.
China enacted its “National Sword” policy which banned the import of 32 types of solid waste with a contamination level of 0.5% or above. This means China will not accept shipments of plastice wastes that are mixed with trash, the wrong type of recyclables or low-quality recyclables like greasy paper goods. This had a large impact on the world’s waste management, because China used to take up to 56% of the world’s plastic garbage. Since this policy was instated, countries across the world have had to scramble for a way to deal with this waste. This led the Australian government to revise their own waste policies and they have set goals to improve their waste industry. One goal of theirs is to have 100% recyclable packaging by 2025. What Australia is doing could have a domino effect on other countries and lead to a nonbiodegradable-plastic free world.
We could be doing a lot more as one giant community to make our home a little cleaner. One big step is inhibiting the production of non-biodegradable plastics and finding zero-waste and eco-friendly alternatives.