Why do we Fall for Fake News? 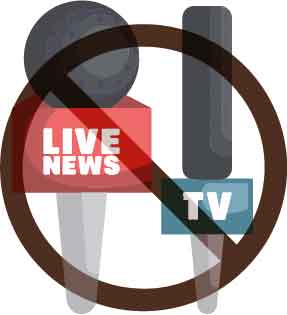 A recent study explains why we fall for fake news … the answer can be found inside our brains!

Did you know that there is a pattern on the inside of your eyelid that is just as unique as your fingertip? There isn’t. Actually, that fact was completely made up by Thom Adams, a writer for The Spinoff magazine. Would you have fallen for this fake news? A March 2021 study by Pennycook et. al found that “Recent evidence contradicts the common narrative that partisanship and politically motivated reasoning explain why people fall for ‘fake news.’” This academic journal article discusses several factors that might contribute to human gullibility, as well as modern applications to battle fake news.

Over the years, social media has changed the way we communicate; however, “much recent information appearing on social media is dubious and, in some cases, intended to mislead. Such content is often called fake news.” As demonstrated in their overview of online misinformation, Zhang and Ghobani explain that this term became increasingly popular during the 2016 presidential election and continues to be the label applied primarily to misinformation within the media. In fact, one analysis within the Pennycook study that references the prevalence of fake news states “Using web browsing data, archives of fact-checking websites, and a survey, Allcott and Gentzkow estimated that a particular set of news stories that are known to be false were shared on Facebook at least 38 million times in the 3 months leading up to the 2016 election.” Given its growing significance, the Pennycook findings play an important role in explaining why people fall for fake news.

While the detection of misinformation can be difficult, there are several factors described within the Pennycook study that can help us understand the way that we process information every day. The first variable is truth discernment, which they define as “the extent to which misinformation is believed ‘relative’ to accurate content.” Basically, sensitivity to information impacts our perception of fake news. Dr. Kameko Halfmann, a Psychology professor at the University of Wisconsin Platteville, explains that “regardless of politics, there are certain characteristics that make people more susceptible to fake news as well as biological differences within the brain, especially in the prefrontal cortex.”

Another variable within the Pennycook study is overall belief and reasoning, which focuses on “dual-process theories stipulating that analytic thinking can override automatic, intuitive responses.” Dr. Halfmann comments on the growing issue of fake news and the difficulties with identifying it, “Fake news is propagated because it’s easier to understand. Real news is more complex, and therefore requires more time and cognitive resources to understand.”

One final variable discussed in the Pennycook study is heuristics, which includes subtypes such as familiarity and availability. In a January 2020 correspondence, authors Redelmeier et. al defined these heuristics as “a tendency to judge the likelihood of a condition by the ease at which examples spring to mind. This intuition is often a great approximation but can be sometimes mistaken because of fallible memories.” By bringing the variables of truth discernment, reasoning, and heuristics to light, the Pennycook study shows that there is so much more to fake news than politics.

So, what can we do to fight fake news? Steve Prestergard, the editor for the Platteville Journal, suggests that “News consumers should do their best to read multiple, reputable news sources.” He believes “part of the problem is that society has increasingly become polarized and opinionated, as they lack tolerance for opposition.” One way that some technology companies are battling the spread of misinformation through our highly opinionated population is by creating fact-checking programs. Additionally, we can use knowledge gained from Pennycook and future studies to raise awareness for better information consumption.

Dr. Halfmann believes that states could even require some type of “information processing curriculum, especially at a young age” as another method to limit the creation and spread of fake news. By coordinating the power of social media and the human brain to our advantage, we can create a more informed society based on real, hard facts.