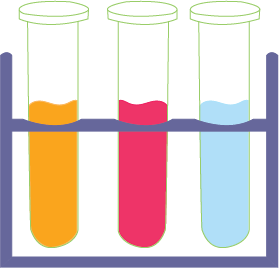 It all started with getting an extra week of spring break. Then, everything was set to go back to normal. We would spend two weeks at home to flatten the curve and then come back to the university to finish out the school year as was originally planned. At the time, it was just considered a small bump in the road. Then, all members of the UW- Platteville campus received an email that said we would not be returning to campus to finish the school year after the extended spring break. We would return to entirely online instruction and would not come back until August 2020. As students processed the news and tried to learn how to adjust to an online education, professors did the same thing. This was new and uncharted territory for everybody. According to CNBC, “14 million college students had to adapt to a new way of learning mid- pandemic.” There is no guidebook called “How to Teach in the Middle of a Global Pandemic” and to say there was a learning curve would be an understatement.
When it came to adjusting to a new way of teaching, professors at the university had to learn how to completely change their style. This was a new way to teach, and it was utilizing a little-known service called Zoom. Something that had not been widely known about or heard of prior to the pandemic has now become a staple when it comes to online instruction. In the agriculture discipline, when it comes to the setup of classes, there are many areas of study that involve a more hands-on approach to education.
For example, many classes in the School of Agriculture have a laboratory component that accompanies the class.
Professor Christopher Baxter in the School of Agriculture expressed that laboratories were an added struggle with the pandemic. “Conducting laboratories was difficult at times with many students being quarantined,” said Baxter.
Professor David Heimerdinger, an Assistant Professor in Agriculture Engineering Technology, had some of the same feelings, saying that the hardest part was transitioning materials from one format to another.
“The hardest thing was the amount of time it took to transition hands-on labs and course materials from a face-to-face environment into a format that would be acceptable for use in an online environment,” said Heimerdinger.
The School of Agriculture professors were surveyed and 100% said that they were forced to use new styles of teaching, while a majority said they will continue to use these new approaches in their classrooms.
As of right now, we do not have a timeline as to when we will officially enter post-pandemic life, and nobody can make an accurate guess on the subject. For now, it is safe to say that college students and professors will have to continue to adapt and learn new methods of both teaching and learning until a new normal can be discovered.