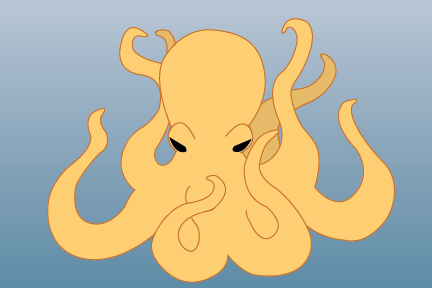 In the spring of 2014, there was a group of scientists associated with the Ocean University of China, Qingdao China, who were tasked to study the Common long-armed octopus (Octopus minor) and their feeding habits. This was carried out in the northern coastal region of China, specifically a body of water called Moon Lake.
Though the study was conducted in 2014, the journal was published in early 2020. Specifically, the study looked at what the octopuses ate during the time months from April to July of 2014. The information that was gathered will later be used to help better understand the octopus so that the species can be artificially bread and to help with aquaculture. The method used to determine what was in the stomach of the octopus was DNA extraction and Sequence Acquisition. First, they took any DNA from the stomach pulled from the contents and tried to match them to known prey that the octopus would eat. Though the study was only about four months, the findings were interesting. Now it needs to be known is that during the month of April, the males of species reach sexual maturity, and they tend to have a lower feeding intensity. The females are in egg production around this time as well, and on the other hand have a higher feeding intensity. During this time period they found that the contents of the stomach were full of the usual, castrations, fish, worms, but during the first couple of months, it showed that there was a large uptake in cannibalism. Now, this shows that the females, since they have a higher feeding intensity in April, may be cannibalizing their male counterparts. But the question that I have in mind is if this is something that needs to happen. For the males they have an uptake in feeding intensity in the later months, but there is no spike in cannibalism. Though there may not be much of a reason for them to cannibalize their own species, the lake that they live in still has them living in relatively close proximity to each other. Who is to say that the bigger more mature males do not just out right cannibalize the younger males during this time period?
There is a good amount of information that was gathered from this study that can help this species. Though the species is not found on any endangered or threaten list of animals, there is some concern with the species. In the areas that the common long-armed octopus live in, the octopus is found to be a commercial importance. Many countries, such as South Korea fish these octopuses for culinary reasons. This brings into question how sustainable fishing the octopuses can be, on top of that there has been a parasite that has been attacking it. It has been found that about 22% of the common long armed octopus that have been fished have the parasite called Octopicola huanghaienis. Typically, it is found in shellfish, but since the octopuses have no shell to speak of, they are the ones being attacked by the parasite. This is a concern, not only to the octopuses, but also to the humans consuming the animal because this octopus is also sometimes served raw. Though this study may have been done elsewhere in the world, it is still something important to anyone and everyone. This could show us new ways to help study other organisms that are or one could end up on the endangered species list.