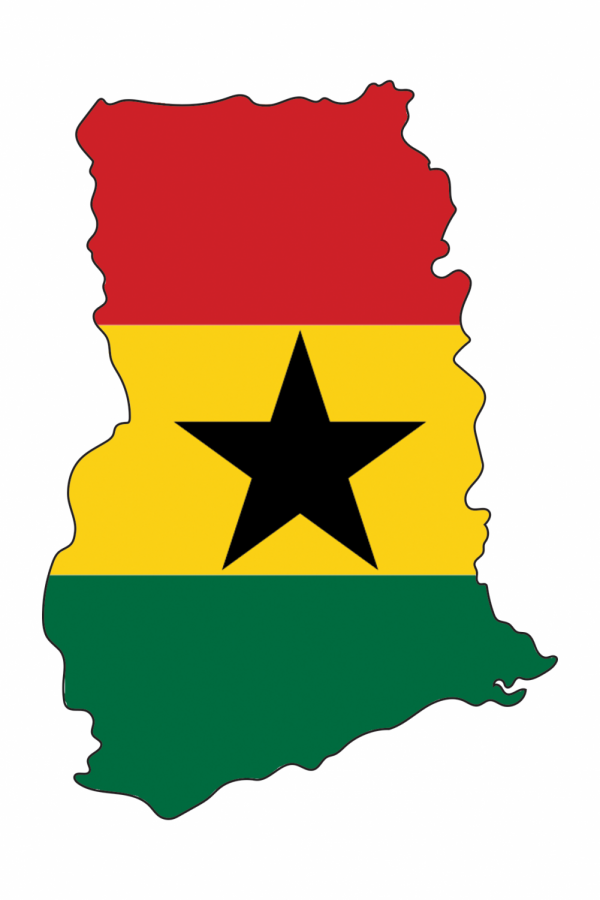 On Tuesday, May 4, the College of EMS hosted its final seminar for the semester, which focused on rationalization of a situation and its effects on ethical decision-making in the field of engineering. Rationalization, in this case, meant the act of justifying an unethical decision through the discussions of outside conditions and pressures. Dr. Samuel Owusu-Ababio, a professor in UW-Platteville’s Environmental Engineering Department, presented on his experience examining the ethical practices of engineers and their organizations in Ghana. Ghana is a nation on the western coast of Africa and is considered one of the most stable nations on the continent, though it suffers from significant corruption.

Dr. Owusu-Ababio became involved in the ethics of engineering after joining the Center for Infrastructure Transformation and Education and has worked on projects with Engineers Without Borders in Ghana since 2008. CIT-E is an organization working to improve how civil and environmental engineering are taught throughout the United States. In 2018, Dr. Owusu-Ababio helped set up the first infrastructure conference in Ghana, which saw 250 attendees, including several ministers of the nation’s government. One of these ministers claimed that “70% of bribery and corruption practices in Ghana can be attributed to engineers.” The minister in question, according to Dr. Owusu-Ababio, had personal experience in both engineering and politics, which served to validate his claim. At the end of the conference, Dr. Owusu-Ababio was invited back to Ghana to help assess and address the ethical concerns the conference raised.

During this later visit, Dr. Owusu-Ababio surveyed the nation’s engineers to evaluate the ethical culture of the various public and private engineering firms. He focused on how the engineers perceived their institutions and experiences in the workplace in regard to ethical behavior. Responses came from engineers in all fields and positions, creating a very diverse demographic. The survey received far fewer responses than Dr. Owusu-Ababio would have liked – only covering roughly 6.5% of all engineers in Ghana – but he was asked to evaluate the data to form a baseline regardless.

According to the results presented, the vast majority of respondents believed engineers must behave ethically, but they also believed that many engineers and institutions did not practice good ethical behavior. This issue was only compounded by responses that revealed that around 45% of engineers had never received any kind of ethical training, nor did many know where or how to report ethical complaints. Of respondents, 85% reported that they had no knowledge of their institutions reprimanding ethical violations. Despite all of these factors, only around 19% of respondents disagreed when asked if they felt their institution was doing a good job with ethical issues, according to Dr. Owusu-Ababio.

The survey then focused on workplace ethics and personal actions. Over 7% of respondents did not know their workplace’s code of ethics, nor whom or where
to report ethical violations. Additionally, 11% believed that colleagues did not have good ethical conduct, despite widespread recognition of the misconduct. Many respondents revealed they also did not feel comfortable reporting misconduct due to various factors, from the threat of losing their jobs to a lack of action being taken even if the issue is reported. Most surprising to Dr. Owusu-Ababio, however, was the evidence that ethical misconduct, from skipping work to nepotism, was more rampant in the public sector.

After presenting all the relevant data, Dr. Owusu- Ababio presented an ethical model he used to examine the responses. The model uses four moral steps: awareness, decision making, intent and action. These four steps involve taking time to gather facts and assess limitations, making defensible decisions that a person can question themselves about, committing to doing the right thing without any rationalization and following through on intent. Dr. Owusu-Ababio found the greatest issues for Ghanaian engineers are awareness and intent.

“They failed to see ethical issues that are right in front of them. I think we have to remind ourselves of our ethical aspirations all the time, and then try to keep our ethics within our frame of reference,” said Dr. Owusu- Ababio.

Moral intent was the greatest shortcoming the survey found due to all the factors that allowed for rationalization. Dr. Owusu-Ababio went into detail about these failures by addressing the social and cultural environment as separate from Western cultural values and norms. The greatest factors which influenced moral intent came from the emphasis placed on wealth in Ghanaian society, which is necessary for any kind of marriage and helps with recognition in church. On top of this, the flawed justice system in Ghana prompted weak enforcement of legal standards and allowed many to act with relative impunity. Ghanaian society also has a greater disconnect between supervisors and employees, which led to a mindset among the latter that they did nothing wrong by simply following orders.

“I think decent people can commit unethical acts against their conscience and at the instruction of an authority figure … There is limited interaction (between supervisors and subordinates), and so for these subordinates, all they do is … just obey and view themselves as just instruments for carrying out their supervisor’s wishes,” said Dr. Owusu-Ababio. “They sometimes see themselves as not even responsible for these actions because they are only serving the interests of their supervisors.”

These issues, along with low pay and the fear of unemployment, combined and drove many to commit what might seem like minor ethical breaches, which may have unintended consequences. Often, multiple factors play a role in causing unethical behavior.

Dr. Owusu-Ababio concluded with five ways to address issues of rationalization. First, he emphasized raising awareness of ethical fallacies and helping people understand and confront ethical failings in order to improve future behavior. Another method was the use of “introspection days” to help examine the ethical implications of decisions through the help of an outside party. Next, Dr. Owusu-Ababio said it is necessary to create an ethical environment by, at the very least, creating an ethics office and enforcing an institution’s code of ethics. Having such a location would also help employees know where to go with concerns. To help with the previous solution, leaders at all levels need to be “ethical role models” in order to create more prominent examples of ethical behavior. Finally, institutions may bring in “external change agents,” which is the role Dr. Owusu-Ababio played in the case study, to examine the ethical environment and recommend ways to improve it.

These steps have already begun taking effect in Ghana, with the Ghana Institution of Engineering now including ethics as a theme for its annual conference starting this year. According to Dr. Owusu- Ababio, many in Ghana are enthusiastic in supporting these changes for the better.